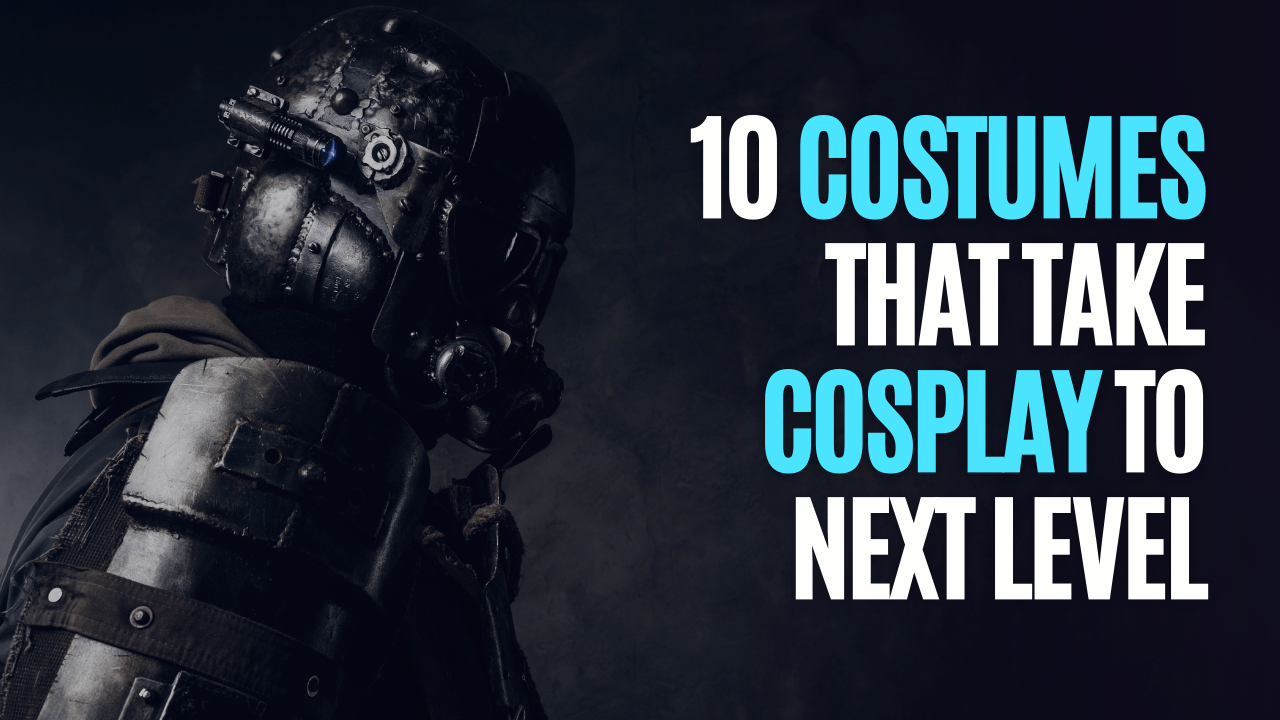 10 Costumes That Take Cosplay to The Next Level

10 Costumes That Take Cosplay to The Next Level. Cosplayers usually take their ample time to creatively come up with costumes that give us fond memories of our favourite characters in movies and video games. Oh, by the way, who is your
favourite comic character? Is it Hulk or Wonder Woman? Hmm… The simple practice that started as a hobby, has over the years, revolutionized into a significant aspect of pop culture.
Halloween and comic shows are known to produce the best of the best showcases. Here are
the 10 costumes that take cosplay to the next level.

For a movie that grossed over 1 billion dollars in box office sales, it is only fair that the
characters are celebrated, and this is precisely what the Russian cosplayer, Janet Incosplay did.
Who would have thought Arthur Fleck would perfectly be portrayed in his classic costumes? The
make-up on Janet’s face, her yellowish hair, and purple suit totally reminds us of the clown
character. Things even get better when she strikes that distressed pose while choking up in
smoke, fantastic artistry. 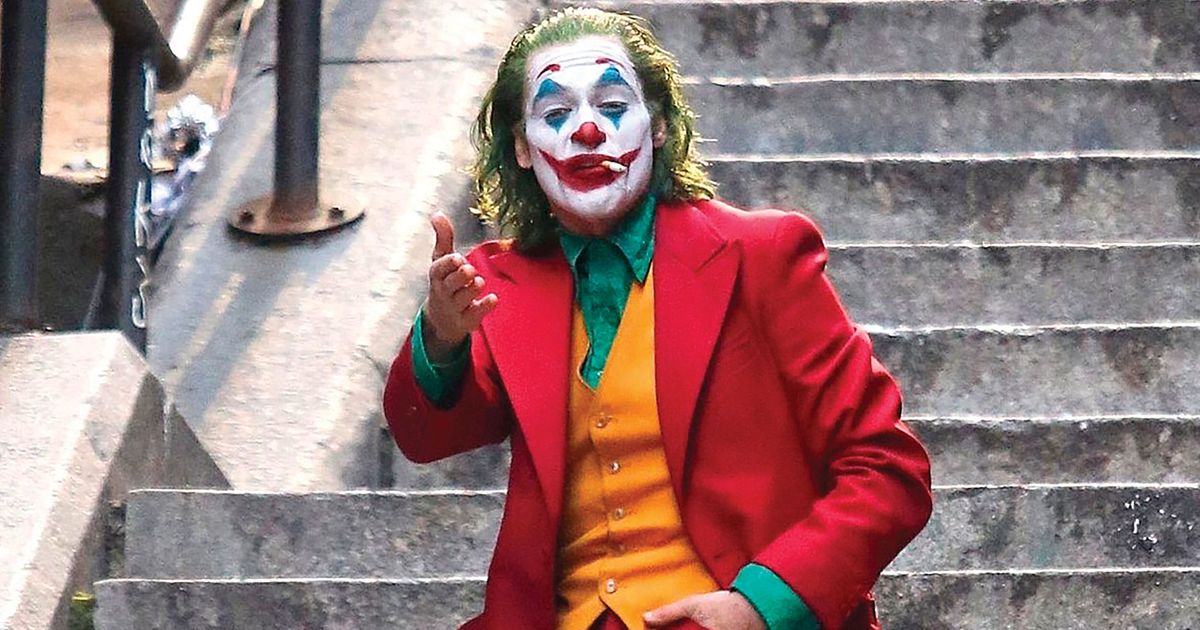 Anyone who is a fan of video games should be able to identify who the nastiest character on
Mortal Kombat is. And the lovely Elsa, from the hit animation film, Frozen. Lisa Mancini came up
with a combination of both characters, effectively creating an absolute scenery at the show.
Lisa let her hair flow magically, just the way Elsa does. Then, she created the notorious
facemask that Sub-Zero wears to make the facial crossover complete.

For the dress, she decided to settle for Elsa’s favourite blue colour, giving it a feminine touch, much to the joy of her
male fans. Sub Zero’s spiked shoulder blades were the last piece to her iconic costume. The
full-time graphic designer brought a whole new twist to the game; we can’t wait to see what she
will present next time.

The Last Airbender animation series on Nickelodeon has gathered a substantial number of fans
over the past six years. One of the characters is Toph Beifong, and one cosplayer by the name
mk_ays brought her role to life with an amazing detailed costume.

She managed to turn herself into the much-loved heroine, sending the fans of the show into a
frenzy. She got every detail picture-perfect, recreating her bun-hairstyle, including the bangs
that frame her face. The fancy green and white kimono completed her mirror-like transformation.

7. Guardian of the Galaxy’s Gomora

If you still think cosplaying is a hobby, well think again. Yaya Han is one of the most celebrated
cosplayers in the world, something she does full-time. She even runs a costume design shop.

The striking character in the comic book, Guardian of the Galaxy, was well-portrayed by this
experienced artist; she made her entire armour suit with 2mm and 5mm EVA foam, a process
that took her four weeks to complete. The final detail in painting ultimately worked in her favour;
wearing the costume makes her look like part and parcel of the story!

One of the best costumes to ever grace the cosplay fraternity remains the creative handwork of
Thomas DePetrillo. A 9-foot tall, heavy-duty suit of armour depicting that worn by Hulkbuster in
the Marvel film got everyone talking during the 2015 event held in New York.

Thomas is part of Extreme Costumes, a design company that burns the midnight oil to come up
with creative pieces like the one he wore. “1,600 hours were put into this bad boy,” he said. The
costume was made from aluminium skeleton and EVA form, with the help of a friend named
Quin Mae.

Getting the costume complete cost a cool 60,000 dollars; name a hobby that cost
that much and I will show you a snake with legs! To put on the suit takes a minimum of 20
minutes, with the help of two or three men because of how complex and delicate it is, but one
thing is for sure, he nailed it!

In the entire GI: Joe franchise, Snake eye is undoubtedly the best character. One cosplayer by
the name Danquish came up with a fantastic costume while portraying the character, and
everyone was impressed, especially the ardent lovers of the film.

The iconic helmet, leather suit, and sword- everything from this cosplayer leaves nothing but
goosebumps all over the body, amazing!

Stranger Things is one hell of a scary series from Netflix, and with the number of fans it has, it’s
equally frightening how people like creepy movies. However, one man decided to show his love
for the film in a different way, creating a replica costume of Demogorgon character from the film.

Carl Leck’s bucket of creativity is clearly overflowing; the ‘flower’ face of the creature is
something else when he whips it open, scaring everyone around + him. It took him 35 hours to come up with this monstrous piece, using cardboard, Gorilla tape,
bike cables, and rubber bands. You don’t want to meet this guy in the dark; you’d probably shout
out loud enough to awaken the dead.

This is probably one of the best cosplay costumes we’ve seen in a long, long time. Irishman
Julian Checkley created this suit with enough precision to make it break the Guinness Book of
World Records as the best cosplay outfit ever made. The features in this suit are mind-blowing;
they include smoke bombs, grapnel guns, UV lamps, and more. It was first printed in 3D, then
moulded and cast in a flexible urethane rubber.

Checkley confessed it took him hundreds of hours to make everything appear perfect, and from
the look of things, that was time well spent, gifting us with unapparelled creativity. While he was
happy to collect his cheque from The Guinness World Records, his wife still thinks he is into
some kiddish behaviour, “She is not into it at all, she thinks I’m a big kid like everybody else
does,” oops! That’s sad.

Twice on the list, twice as good, that’s the only way we can describe the work of Thomas
DePetrillo. The New York Comic Con is almost getting used to this guy coming up with
impeccable creations, the fans usually await his maiden entry and he never disappoints. He
made a 9-foot tall costume of the character Reinhardt, of the famous video game Overwatch.

So vast and detailed is the suit that it weighs about 85 pounds and takes almost 15 minutes to put
on. It took him three untouched weeks and a team of three men to create this gigantic piece. “If
I’ve got handlers, it’s definitely under 10 minutes, solo, it’s probably like 12 minutes. But I can do
this solo, and that’s pretty big”, said DePetrillo.

He keeps coming up with big surprises; the fans can’t wait to get a glimpse of what he will
create during the next competition.

This is the closest thing to a fairy tale you will ever come across. The ability to fly…or hopes of
flying inspired the young Alexis Noriega to create beautiful life-like giant feathers, flipping nicely
up and down, in the process, creating a breath-taking show. She uses tubes from aluminium, a
small switch that powers the wings and real feathers to come up with the costume.

She spends countless hours gluing the feathers to lightweight frames, intending to make them
appear as bird-like as possible. Is it that she listened to too much of the song ‘I believe I can
fly?’, maybe, maybe not, but her costumes are epic.

This hobby has proved to be quite a lucrative business for Alexis, she now makes and sells the
wings to upcoming and established models, and they appear heavenly in photoshoots. “With
120 hours put into each pair of super-sized mechanical wings, it has become my life.

There is a constant layer of feather fluff in the air at my house,” the cosplayer model narrated.
She sells her products from 35 dollars for the small-sized ones to 3000 dollars for the
giant-sized ones. Isn’t she lucky? Making money from what she enjoys doing.

TOP 10 COOLEST KIDS IN THE WORLD

TOP 8 MOST DANGEROUS BEACHES IN THE WORLD