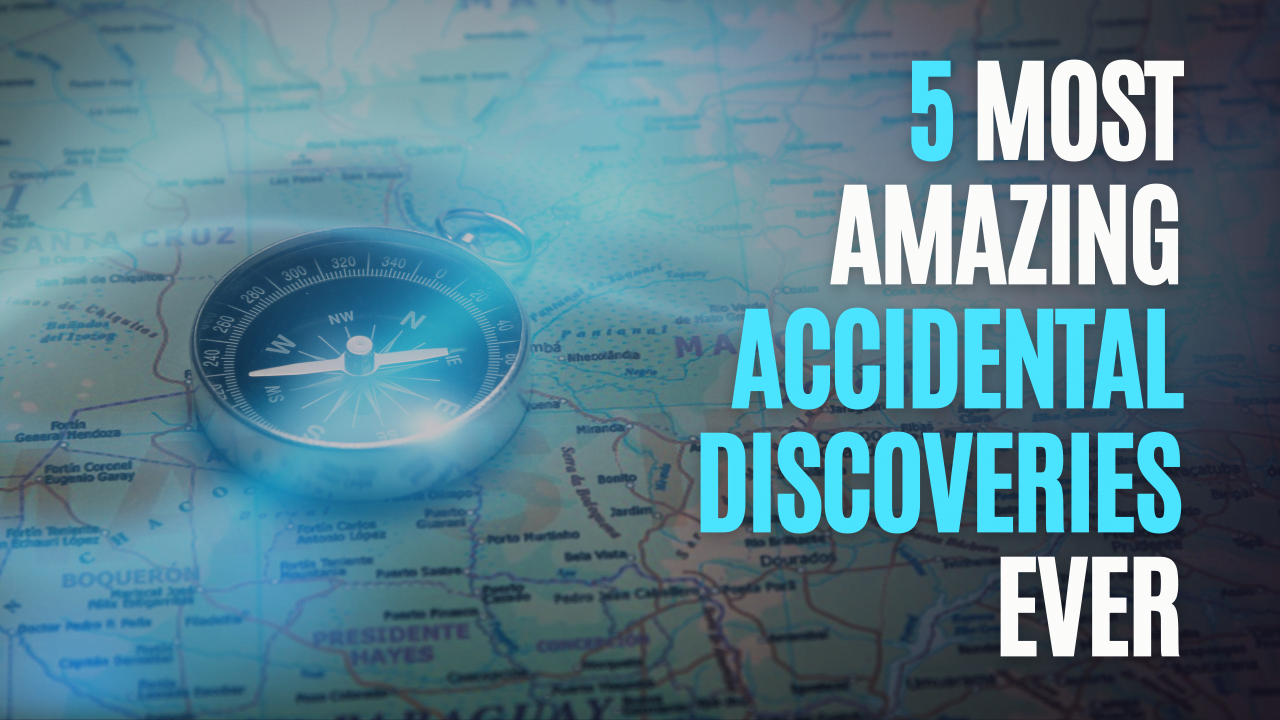 5 Most Amazing Accidental Discoveries Ever

The earth has been in existence before we were born, and it would continue to be after our deaths. Some creatures have lived before us, and some would still live after us. So, it is no surprise that there would continue to be some amazing accidental discoveries of past lives as we continue to explore the world.
In today’s article, I’ll be showing you 5 of the most amazing accidental discoveries ever made by man. So, sit tight and Enjoy! 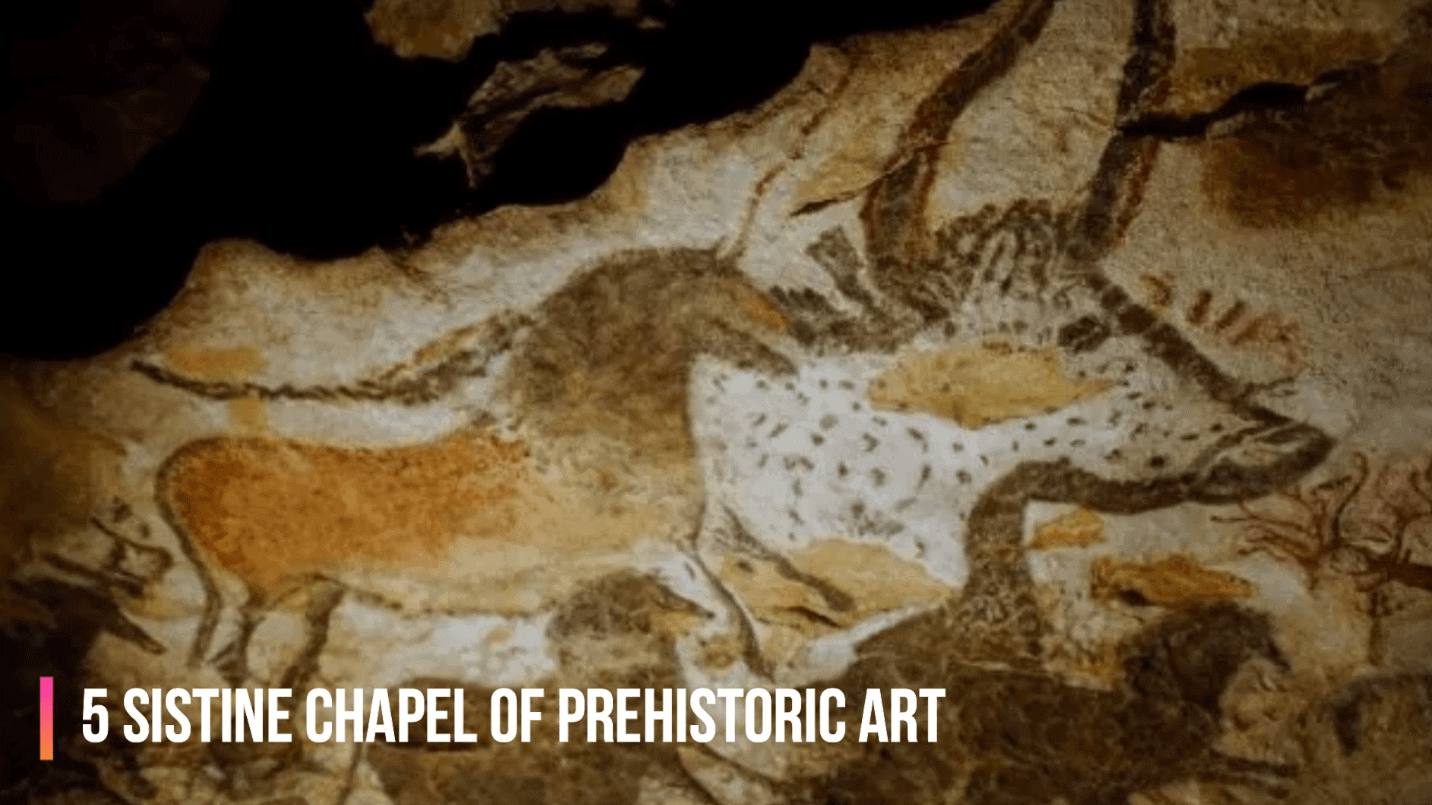 This is also called the Lascaux Cave. On September 12, 1940, four French teenage boys, Simon Coencas, Jacques Marsal, Marcel Ravidat, and Georges Agniel, and their dog decided to roam the forests near Montignac. As they were moving, their dog began sniffing around a mysterious hole in the ground.
Curious about what their dog had seen, they got close to the hole and expanded it. The teenagers were shocked to see a vast underground cavern whose walls were adorned with about 2,000 ancient paintings and engravings. The boys decided to inform their schoolteacher about their discovery. The teacher then persuaded a cave expert to verify their discovery.

This cavern turned out to be a long-forgotten cave, a real example of prehistoric art. Historians later estimated the age of its paintings to be at around 15,000-17,000 years old. Many even believe the cave was once the site of religious and hunting rites among Upper Paleolithic peoples.
The cave paintings soon gained recognition around the world as the world’s premier example of prehistoric art. In fact, it attracted over one million visitors between 1948 and 1963.
In 1963, all tourist attractions to the site were close to help preserve its heritage, which was noticed to be already fading away. 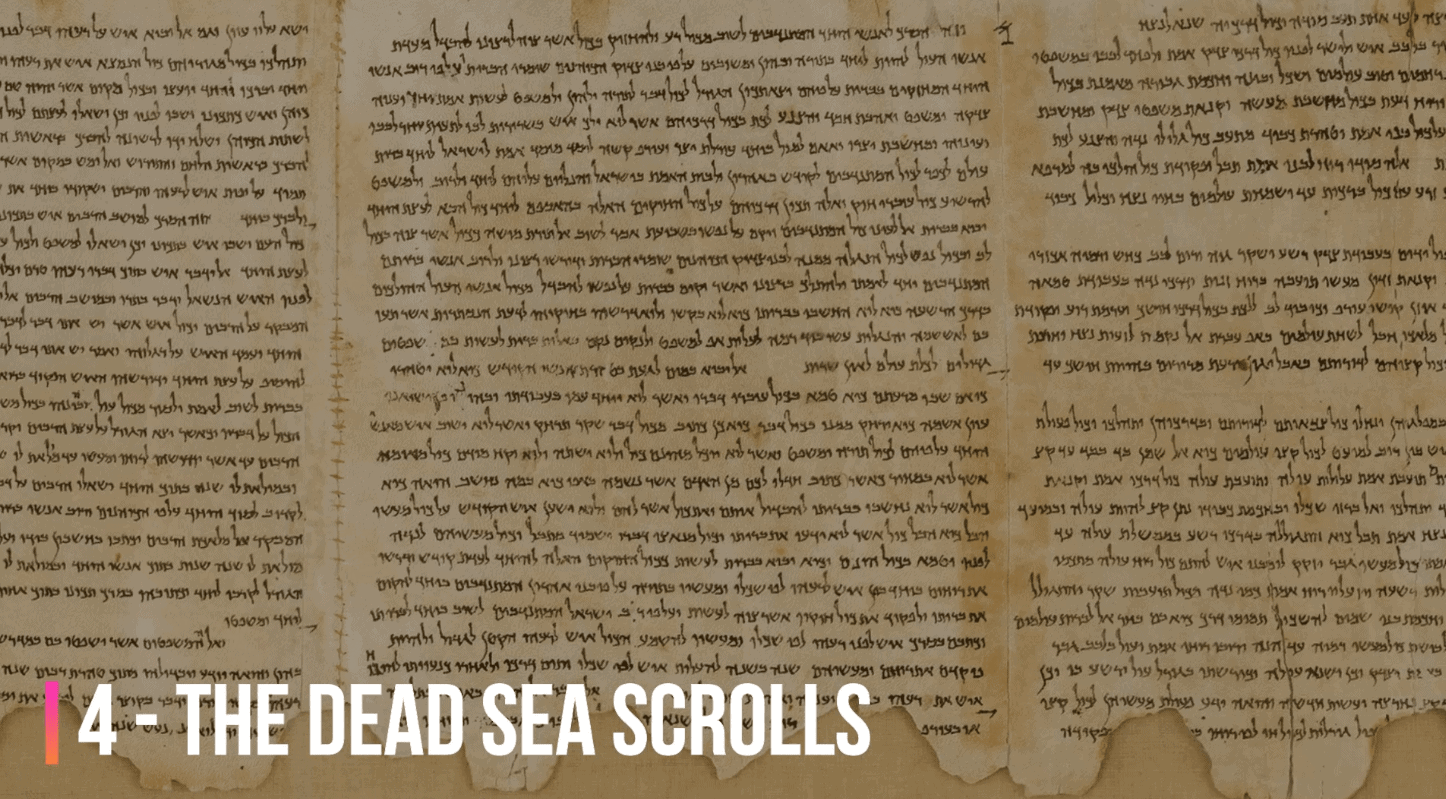 In 1947, a Bedouin shepherd named Muhammed edh-Dhib and his cousin were herding their goats in the hills to the west of the Dead Sea. They saw a cave and decided to enter it. Upon entering, they saw clay jars filled with leather scrolls.
These scrolls had texts made of animal skin and papyrus.

They contain copies of books in the Hebrew Bible and many other ancient Jewish writings, including religious laws, commentaries, prayers, magical and mystical texts. The scrolls were later dated to around 2,000 years ago, between the years 200 B.C. and 70 A.D.
Studies of those scrolls helped shed light on the origins of the Bible, Judaism, and even Christianity. They are among the oldest documents in existence that have helped broadened historians’ understanding of religious history.
After the first discovery, ten more caves were found within the next decade.

They also contained tens of thousands of fragments belonging to over 900 scrolls. The last pieces of the Dead Sea Scrolls collection were uncovered in the mid-1950s.
Up to date, no one can say who wrote them. 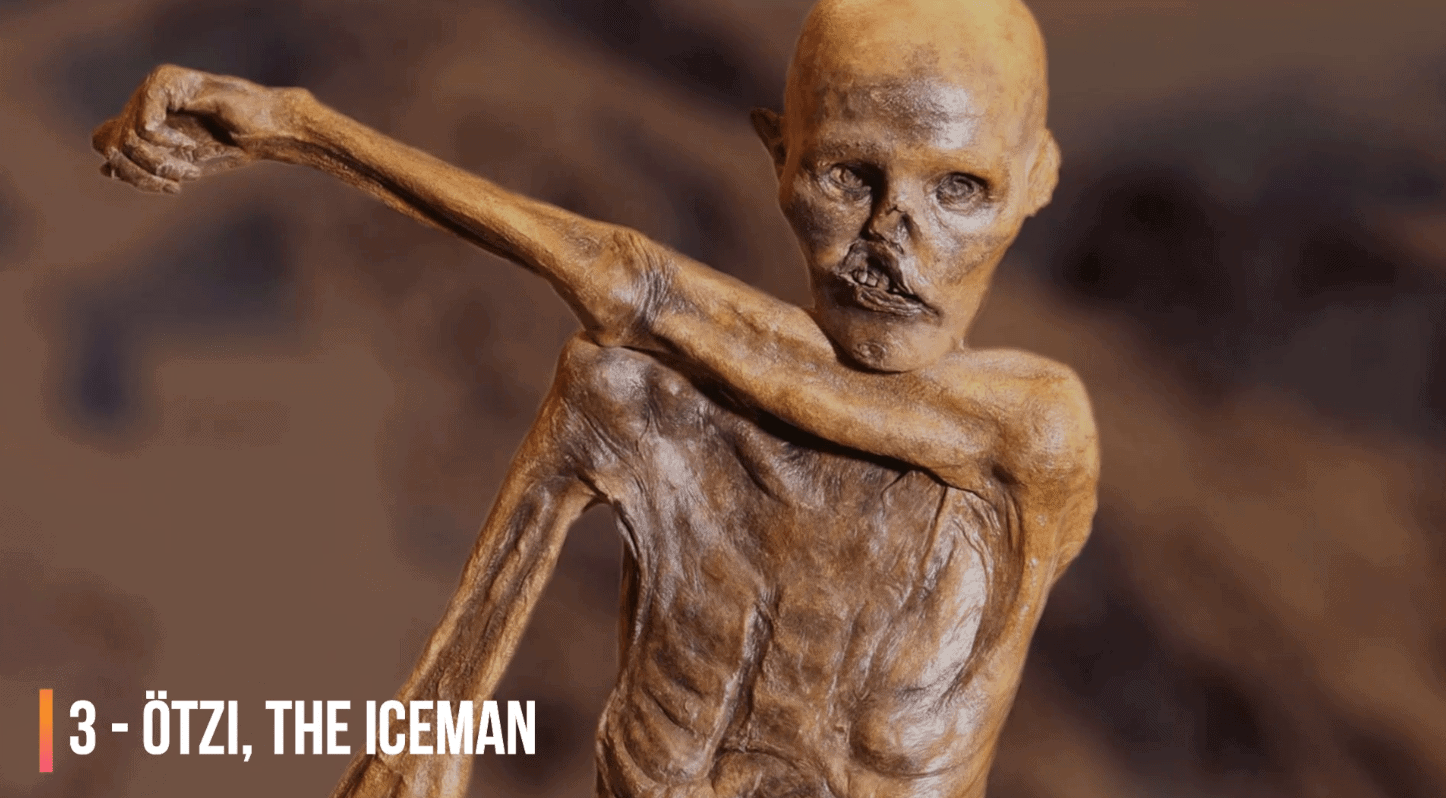 On September 19, 1991, two German tourists, Helmut and Erika Simon were walking off the path between the mountain passes Hauslabjoch and Tisenjoch when they discovered this well-preserved natural mummy.
It was located at an elevation of 3,210 meters on the East Ridge of the Fineilspitze in the Ötztal Alps on the Austrian–Italian border. Ötzi is believed to have been murdered because an arrowhead was found in his left shoulder. That would have caused a fatal wound, which could have resulted in his death.

Initially, he was thought to be the body of a recently deceased mountaineer. But when archaeologist, Konrad Spindler of the University of Innsbruck, dated it, he found it to be “about four thousand years old”, based on the typology of an ax retrieved from its site of discovery
The man could have lived between 3400 and 3100 BCE. It is presently Europe’s oldest known natural human mummy. Ötzi has helped to understand better what the Copper Age was like. 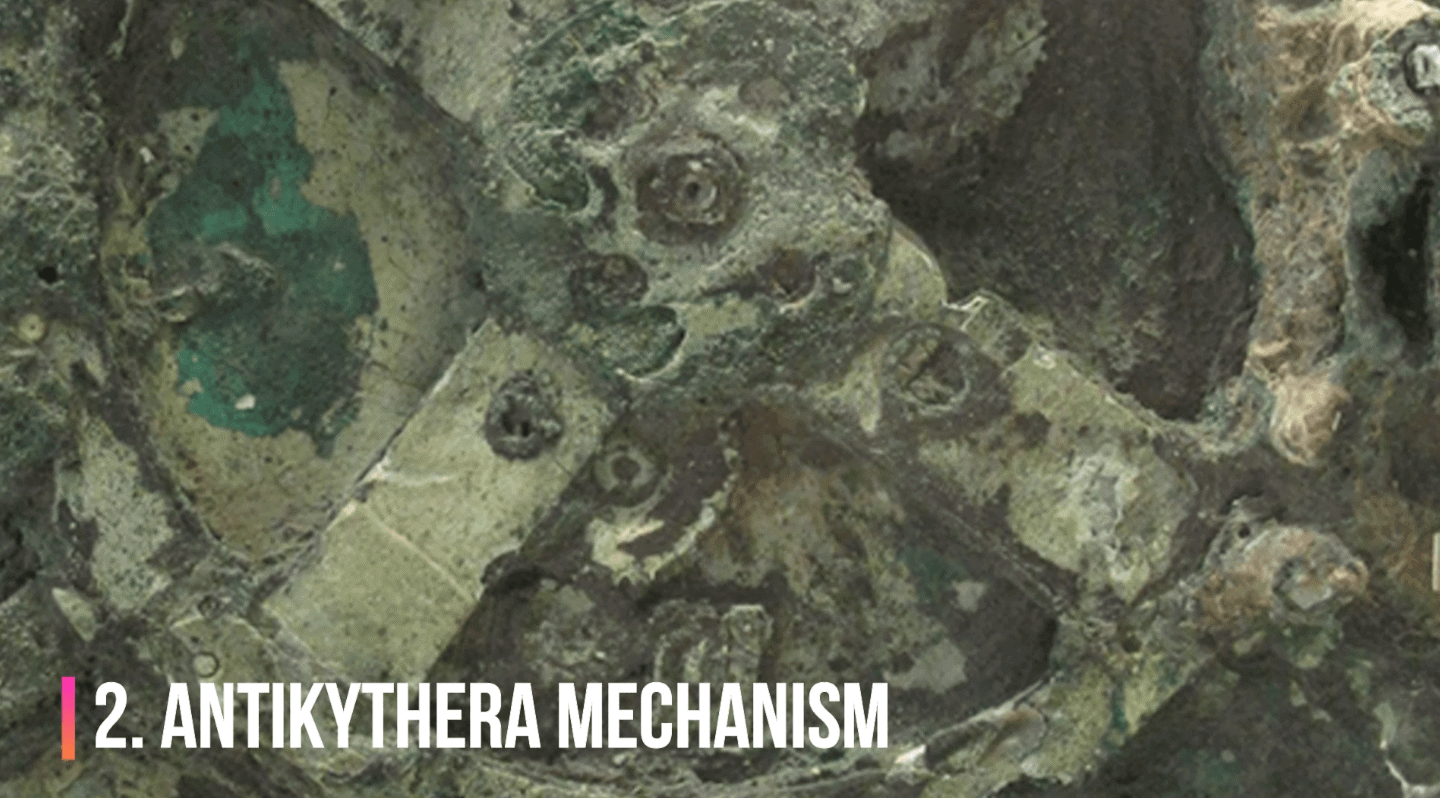 In 1902, a group of fishermen stumbled upon a shipwreck and decaying treasures at the bottom of the sea near Antikythera’s island. Among other things found at the site, they found a mechanical calculator, which turned out to be the world’s oldest known astronomical computer.
It took the next seven decades and numerous X-rays for archaeologists to begin to figure out what it was. It was later given the name Antikythera mechanism.
The Antikythera mechanism was an Ancient Greek analog computer and orrery. It was a clockwork device with at least 30 interlocking gears made in Greece in the 2nd or 3rd century BCE.

It was later discovered that its gears worked together just like they do in a mechanical clock. The device could predict astronomical positions, eclipses, and the motions of the sun, the moon, and probably some of the planets. This made it possible to use the device as a calendar.
Antikythera Mechanism is the most sophisticated mechanism known from the ancient world. It is considered the oldest-known analog computer up to date. It is also believed to have been used to calculate celestial events and the cycles for the Panhellenic Games, such as the Olympics.

On the afternoon of March 21, 2011, a heavy-equipment operator, Shawn Funk, was carving his way through the earth. Little did he know he was about to meet a dragon. Around 1:30, Funk’s bucket clipped something much harder than the surrounding rock. He looked closely and saw oddly colored lumps tumbled out of the till.
Funk and his supervisor, Mike Gratton, turned over one of the lumps and saw a bizarre pattern made up of row after row of sandy brown disks, each ringed in gunmetal gray stone.

The lumps turned out to be the fossil of a nodosaur, Borealopelta markmitchelli, a plant-eating, armored dinosaur that lived during the Cretaceous period, a geological period that lasted from about 145 to 66 million years ago.
In life, this herbivore would have stretched 18 feet long and weighed nearly 3,000 pounds. According to Paleobiologist Jakob Vinther, an expert on animal coloration from the U.K.’s University of Bristol, after four days of his work on this nodosaur, he concluded the dinosaur has been so well-preserved that it “might have been walking around a couple of weeks ago.” This specimen is the best fossil of a nodosaur ever found.

So, which of these amazing discoveries amazed you the most? Have you ever made any accidental discoveries before, even if it is a minor discovery? Let me know by posting your thoughts in the comment section below.