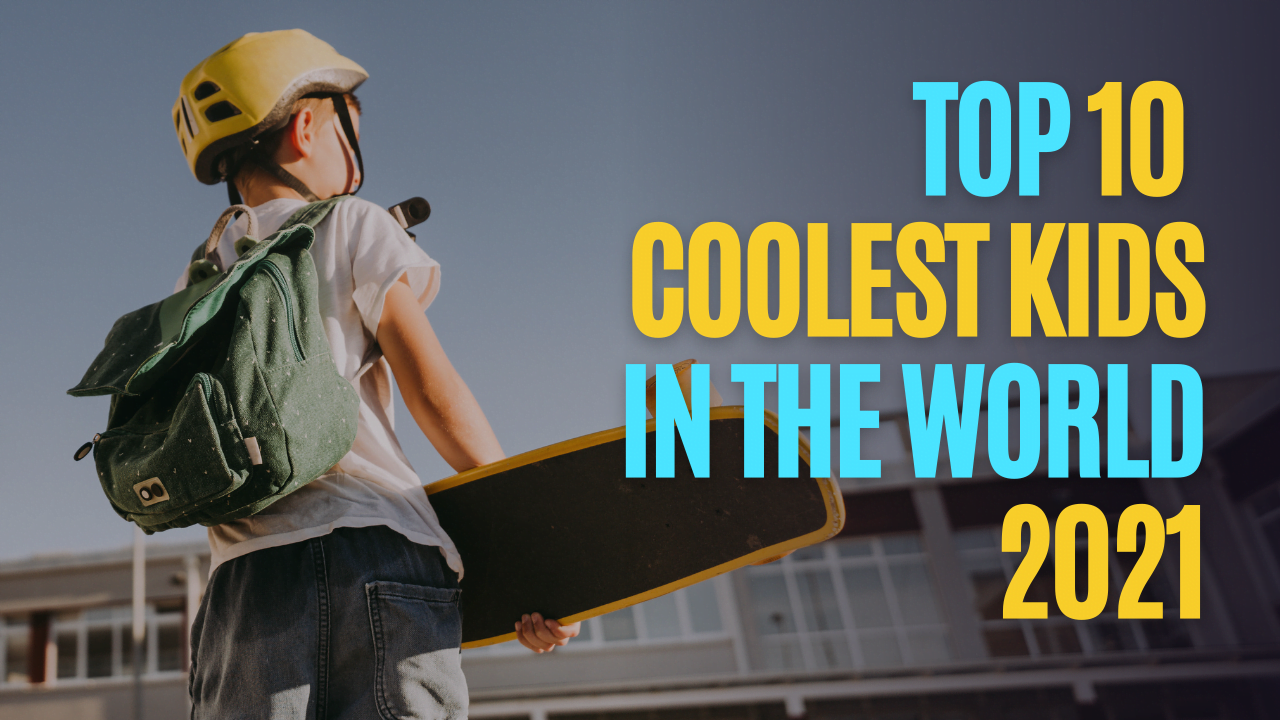 Top 10 Coolest Kids In The World

Kids are lovely to have around the house. There are many of them all over the world. Out of these many, there are some with exceptional skills or talents, that at first glance, you won’t believe what you see when they displace their skills or talents.
In this Article, I’ll be showing you some of those exceptional kids that have gained worldwide recognition.
So, let’s lists Top 10 Coolest Kids In The World! 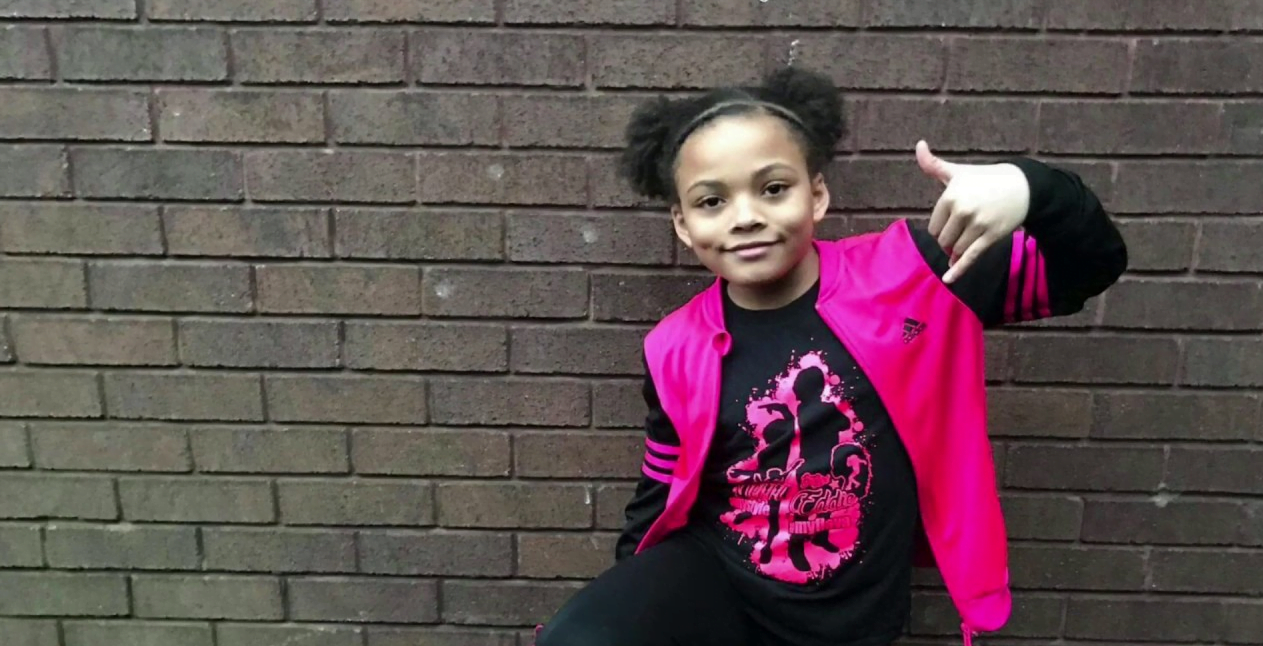 How many of you can dance? I mean, are you so good with incredible break dancing skills? Well, if you can’t, maybe you should put in for a class with B-girl Terra!
Terra is a break dancer who was born in October 2007. She started practicing break dancing as far back as when she was 2 years old. She even held her first handstand when she was just one and a half years.
She was able to achieve her incredible dance skills thanks to her father, who started teaching her break dancing choreography while still a toddler. 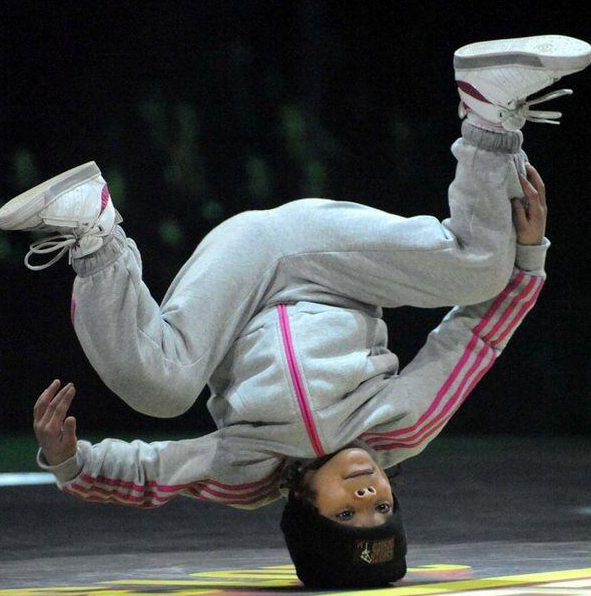 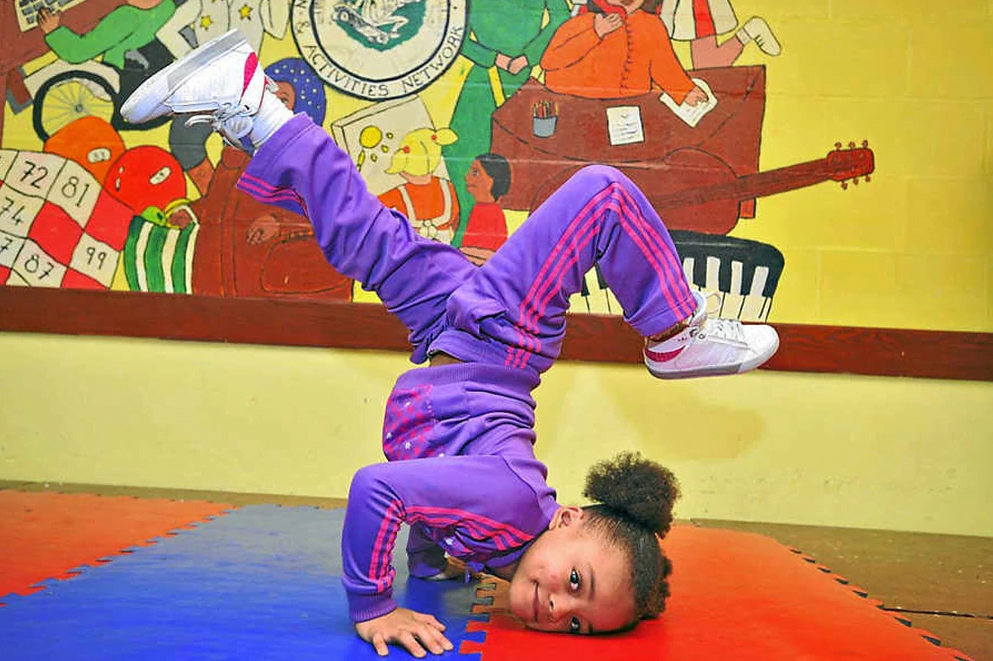 In 2012, she won the international competition Unvisti Baby Battle at the age of 6. She went on to gain a wider prominence after her performance at the 2013 Chelles Battle Pro at that same age. She has also won many UK-based dancing competitions and battles.
In recognition of her dancing skills, she was featured in 2015 as a talent act on “The Ellen DeGeneres Show.” She’s currently a member of the Soul Mavericks dance crew. She currently has more than 17 thousand followers on her Instagram page. 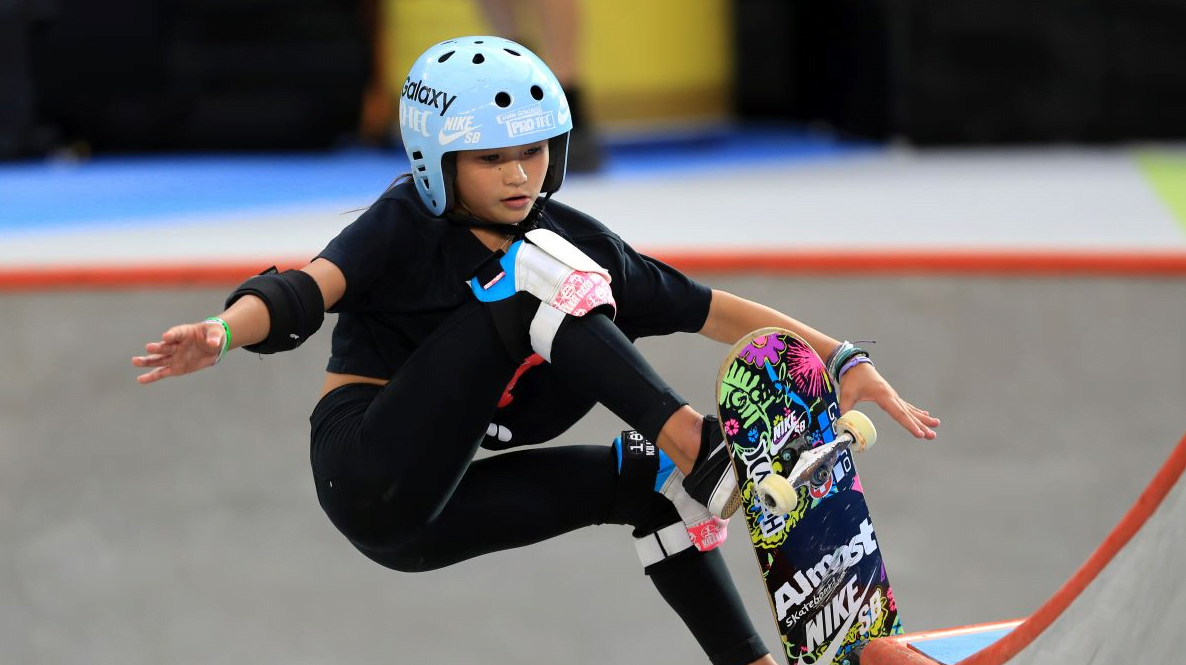 Sky Brown is a child skateboarder. She is a Japanese kid who was born on 12 July 2008. This 11 years old girl is currently the youngest professional skateboarder in the world. Her family members are skateboarders, and her preschool had a skate park. So, it is no surprise she has a passion for skateboarding even from a very young age.

What is even more amazing about her training is that she does not have a skateboarding coach. She depends mostly on tricks from YouTube videos. Because there are no skate parks in her home area of Takanabe, she made a skating ramp in her back garden. 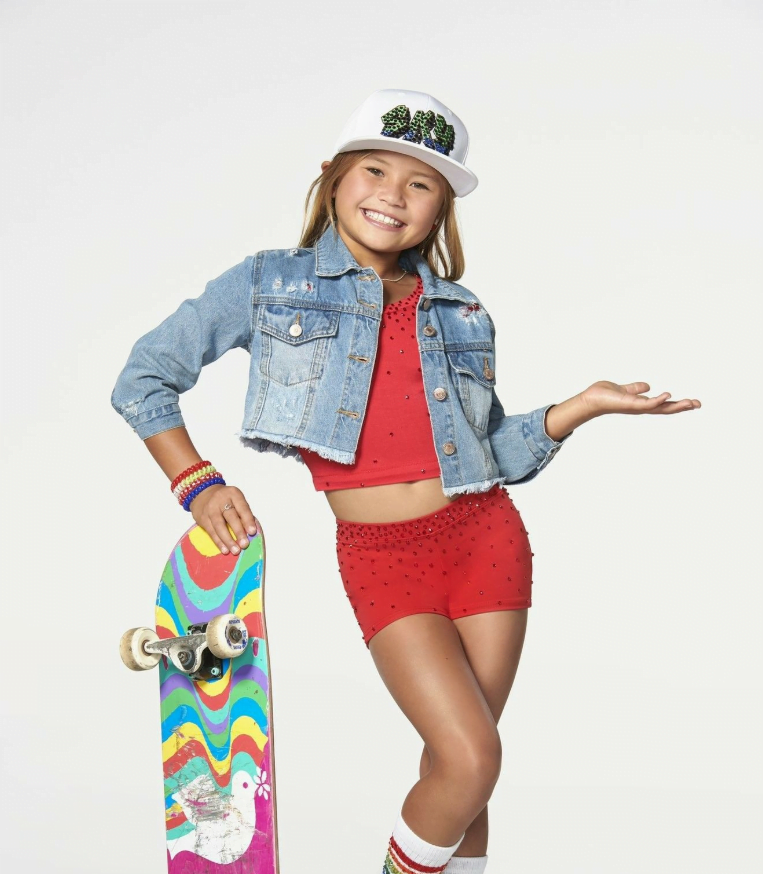 She came second in the Asian Continental Finals in 2017. Apart from skateboarding, she also loves surfing and wakes up at 5 am almost every morning to surf.
She also loves dancing and even won the US TV show “Dancing with the Stars: Juniors” in 2018. 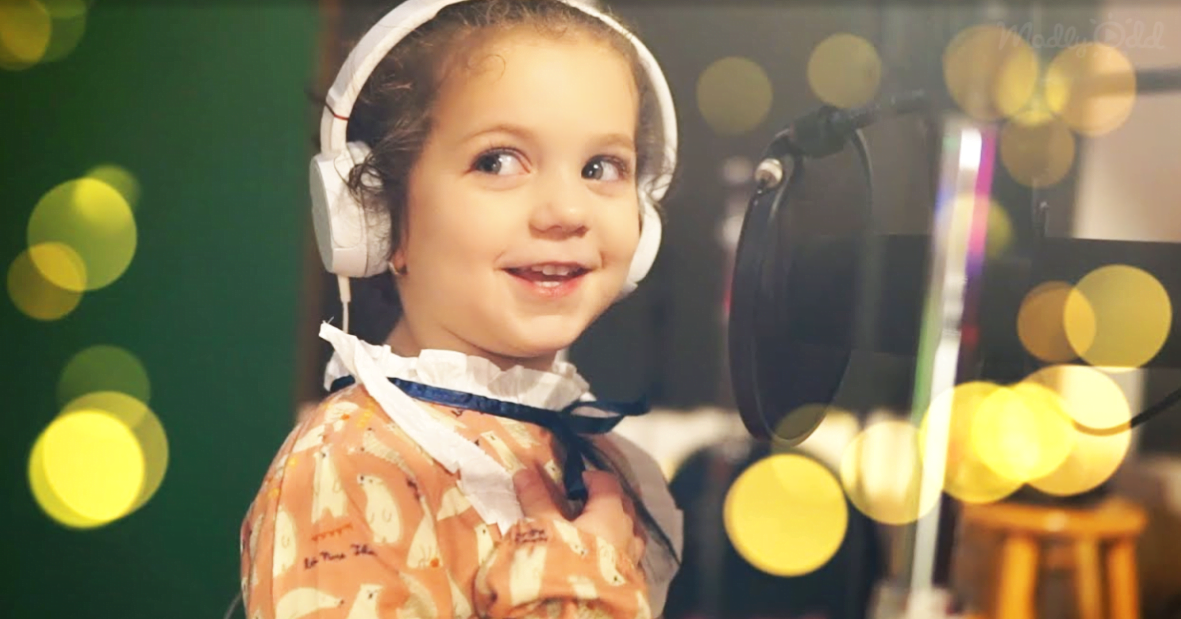 I know you may have some kids at home who can sing. But do you have any 5-year-old or even younger with a sweet voice and can sing so melodiously? Well, Sophie Fatu is one of such talented kids.
Sophie started her singing career at the age of 4. Her video soon went viral, and she won many fans all over the world.
She was 5 when she won the heart of her audiences at the Season 13 of America’s Got Talent. This kid walked up confidently to the stage to sing in front of the audience. She was even amazed there were so many people around to watch her. 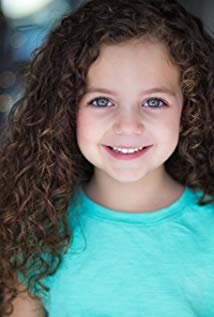 She has been invited to “The Ellen DeGeneres Show,” where she performed “Fly Me to the Moon”. She has also featured in print magazines and currently represents over 50 brands, including ModerneChild, Kardashian Kids, OvertheLoom, and many more.
She really has a bright future ahead of her as a singer. 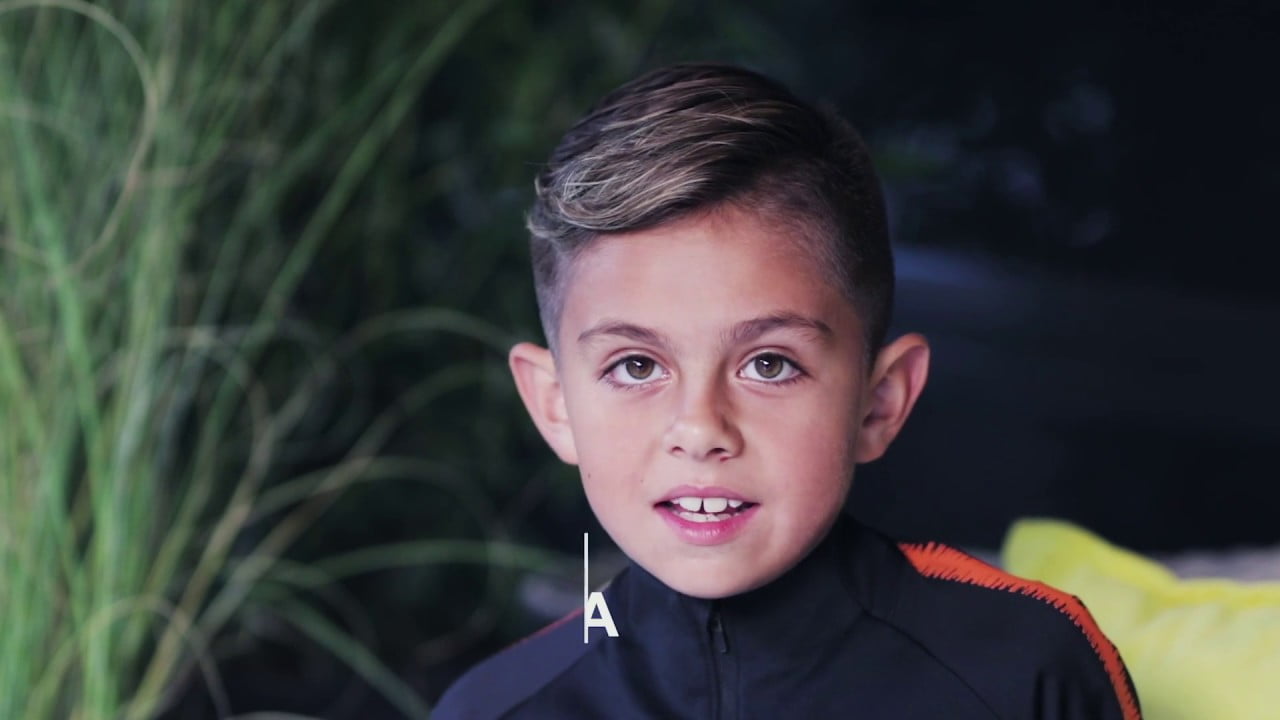 Chase Carrera is an 11 years old football star from Lynn field, Massachusetts. He is so dedicated to playing football that, every day by 6 am, he’s already awake practicing football before going to school.
On the pitch, he said he tries to model his game around three world-renowned football players who include Paul Pogba, Paulo Dybala, and Lionel Messi. In fact, he is dreaming of becoming the next Lionel Messi. He also dreams of playing for either Barcelona or Manchester United and also help his country become the world football champion.

Those are great dreams for a boy who is just 11 years. His ethics, determination, and hard work are all showing he has the potential to make those dreams come true. 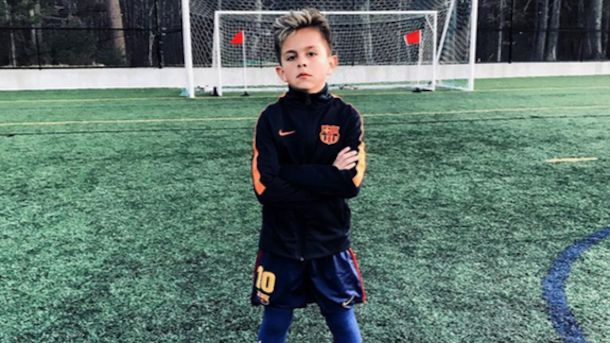 As of June 2020, he already has more than 46 thousand followers on his Instagram page. His videos on YouTube already have hundreds of thousands of views. 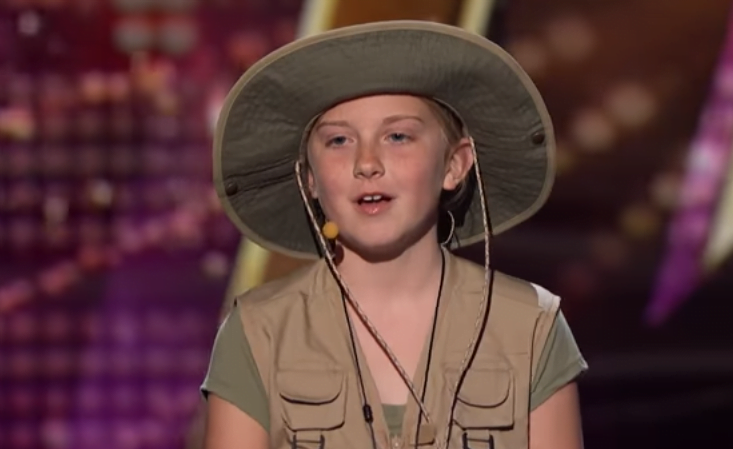 Most of us talk with people every day. Have you ever spent a lot of your day talking to animals so that you can make the sounds of all those animals you have ever spoken with?

Lily Wilker was 11 years old when she featured in Season 13 of America’s Got Talent. What brought her on the stage was her amazing skill as an animal impressionist. She said she spent a lot of her time with animals around her that she has so mastered their sounds.
She has won the animal calling contest champion four times in her county fair in Ohio. She loves animals and has a passion for communicating with them. 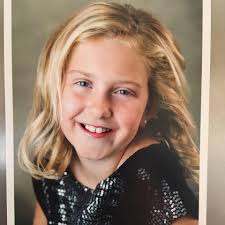 During her “America’s Got Talent” show, she impersonated the sounds of various animals, including dolphin, turkey, horse, duck, and rooster.
She has got great Talent to entertain her audiences anywhere she finds herself. 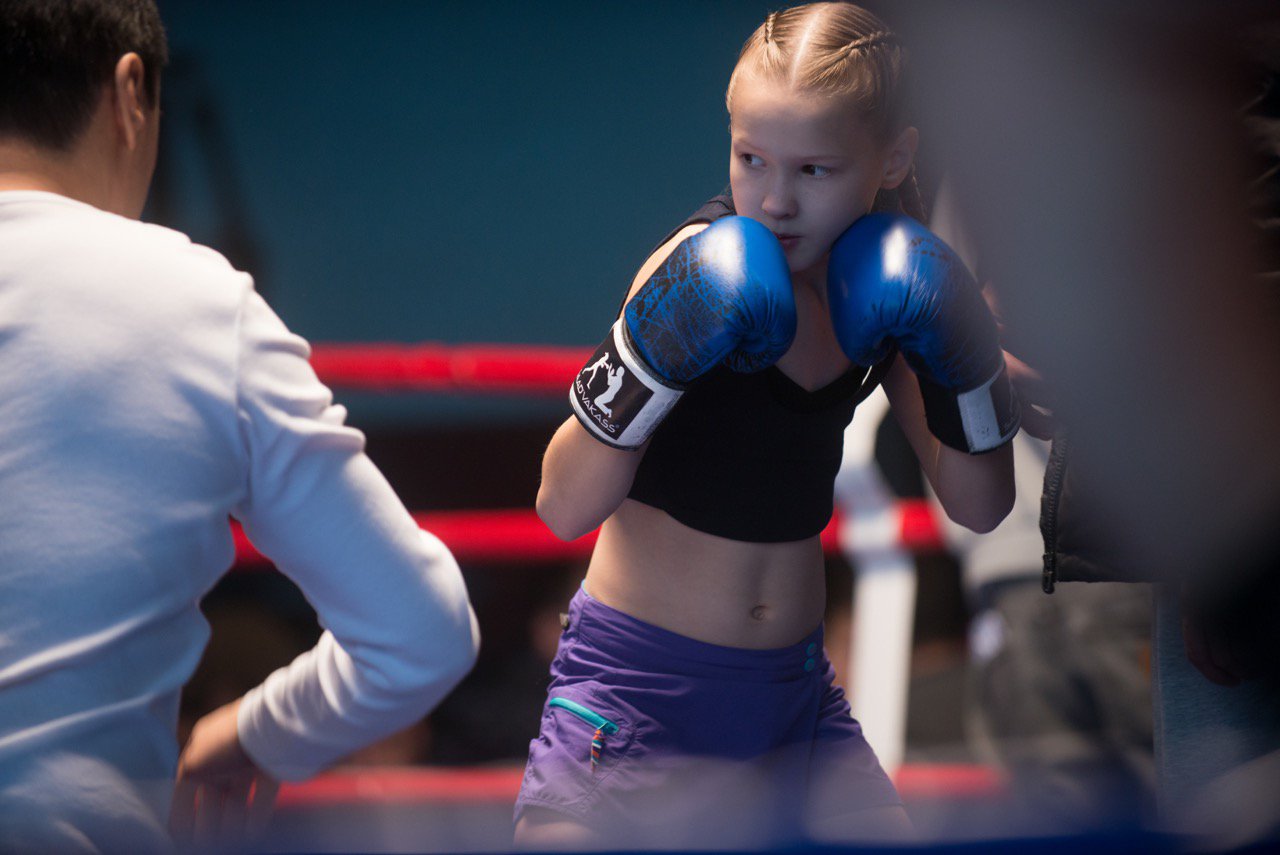 Evnika is a child boxer who started boxing from age 3. Her father was a boxer, and he spends a lot of his time training her children in boxer. However, Evnika was exceptional.
Her father started noticing her exceptional skills when he noticed at age 4 that she is attentive, hardworking, fast, and able to handle boxing moves designed for older kids. Along with her siblings, she trains for 5 days a week, one session in the morning and another in the evening.

She became a worldwide sensation when she was just 5 when a video of her throwing 100 punches in a minute went viral. That was not the end of her masterpiece. Five years after her viral video, and when she was 10, she featured in an episode of “Little Big Shot.” 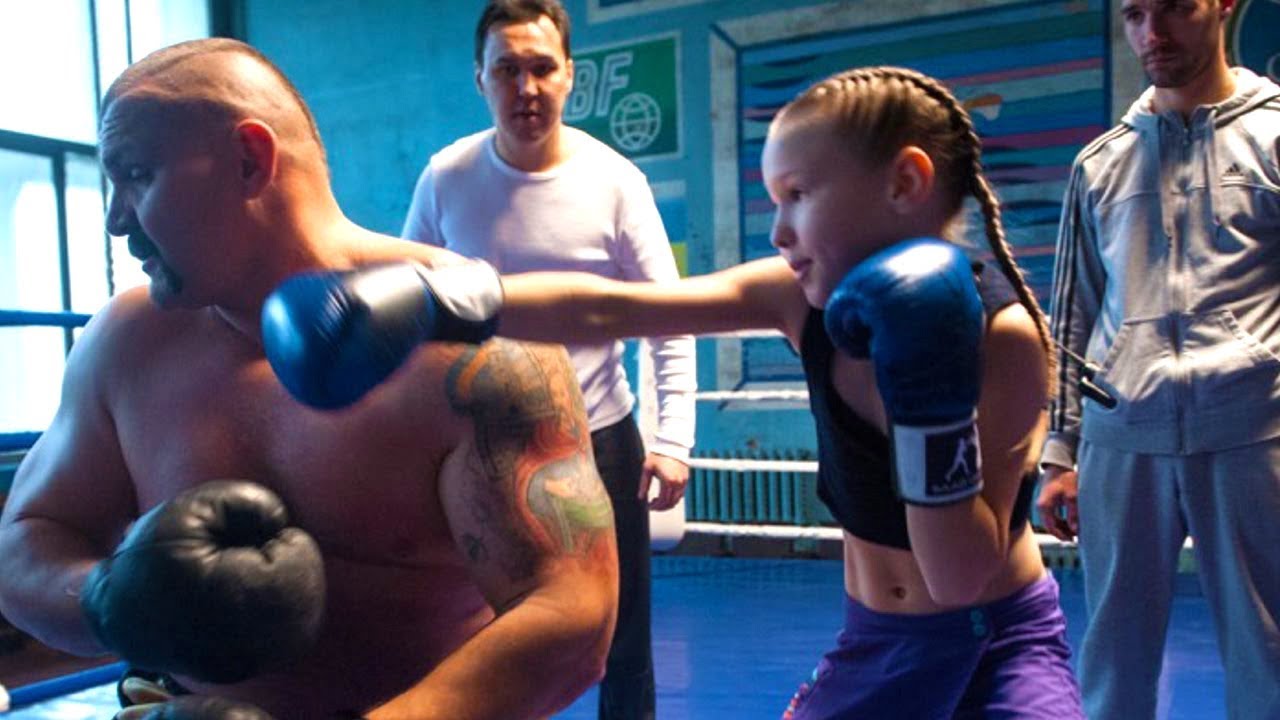 During the program, she threw more than 300 punches in 30 seconds. That was very fast for boxers of any age.
She currently has more than 283 thousand followers on her Instagram page. 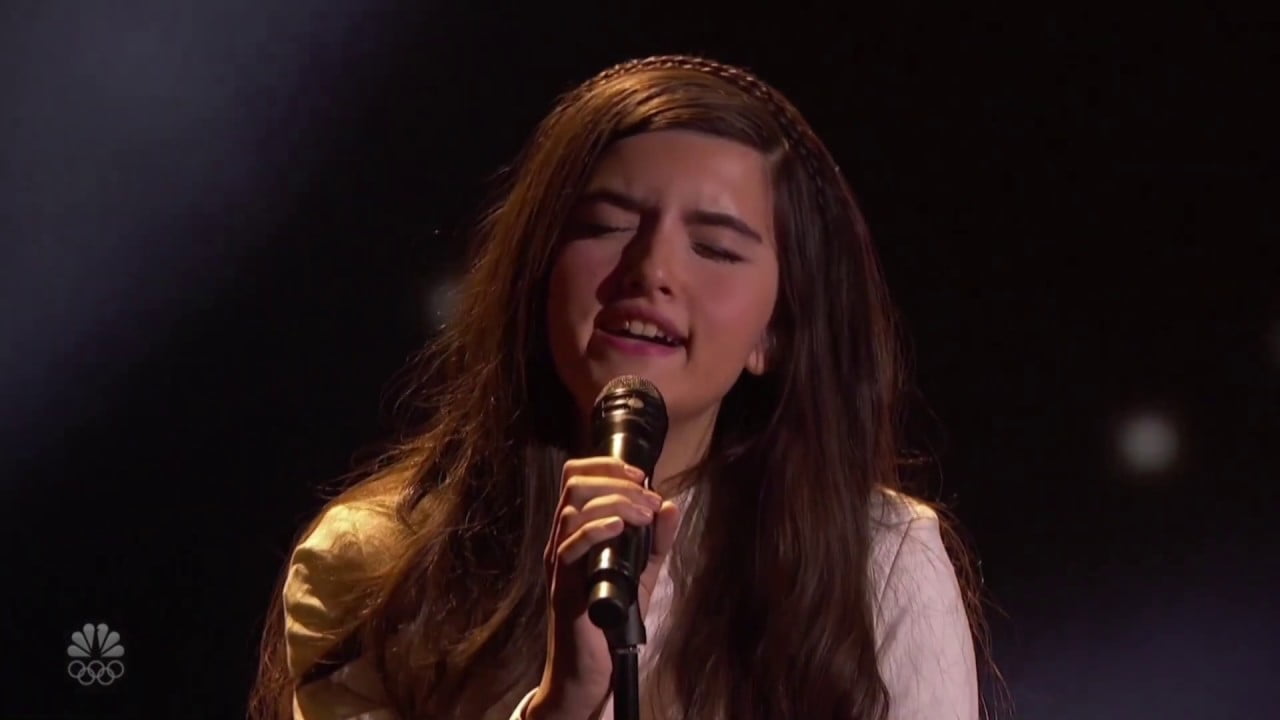 Angelina Jordan is a Norwegian child singer who was born in January 2006. She came into limelight at the age of 7 when she auditioned for “Norway’s Got Talent” performing “Billie Holiday’s Gloomy Sunday.” She won the competition with the show drawing record T.V. audiences.

She always performs barefoot. She said this is because of a young shoe less girl she befriends while traveling when she was six years old. She even wrote a book about the experience and became the youngest published author in Norway.
Jordan has released multiple digital singles and one album. She appeared on the second season of “America’s Got Talent” in 2020. 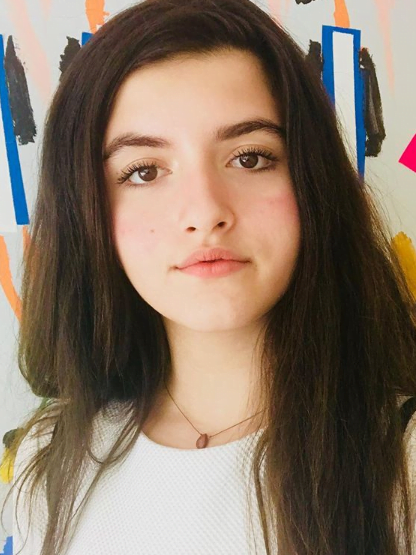 Her videos have received over 300 million views on YouTube and almost 1 billion views on Facebook. Surprisingly, she has refused offers to be signed to any record label while she is still growing up. 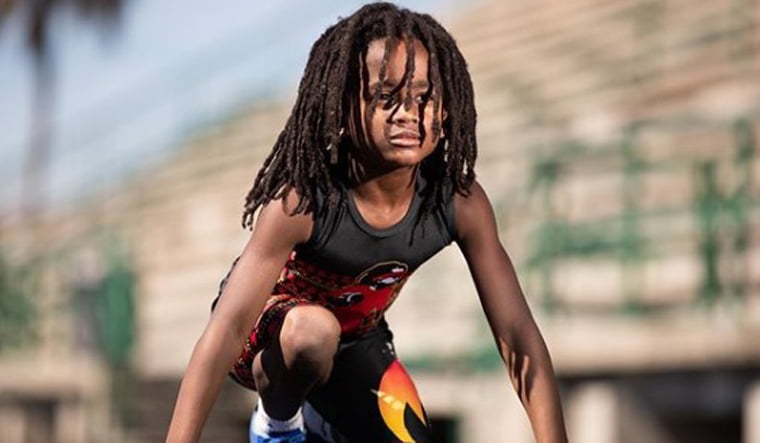 In February 2019, he won the 100-meter dash in a record 13.48 seconds, which is a record for his age group. He also won the 100-meter race and finished second in the 200 in his age group at the AAU championships.
As of the time of this video, Ingram has earned 36 medals in the AAU, 20 of which are Gold. He is already nicknamed “Blaze the Great” and has been speculated to be “the next Usain Bolt.”
Apart from running, he also has football skills. 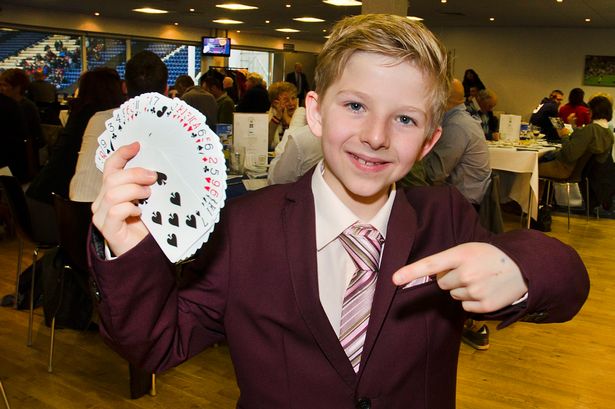 Daniel Rhodes is a 16-year-old close-up magician and illusionist from Rochdale. You might ask, what’s the big deal in that? Well, he didn’t just start yesterday. He started magic as far back as when he was only 6 years old. There are not many children in history who can perform magical stunts as early as that age.
Daniel said he started developing interest in magic at the age of 6 when he was given a basic magic kit for Christmas. And since then, the rest is history.

His favorite magic is what he called Dynamo. He has performed his magic on both “Little Big Shots” USA with Steve Harvey & U.K. with Dawn French.
Do you want some entertainment during your next public programs? Then, put Daniel of your list of entertainers to hire. 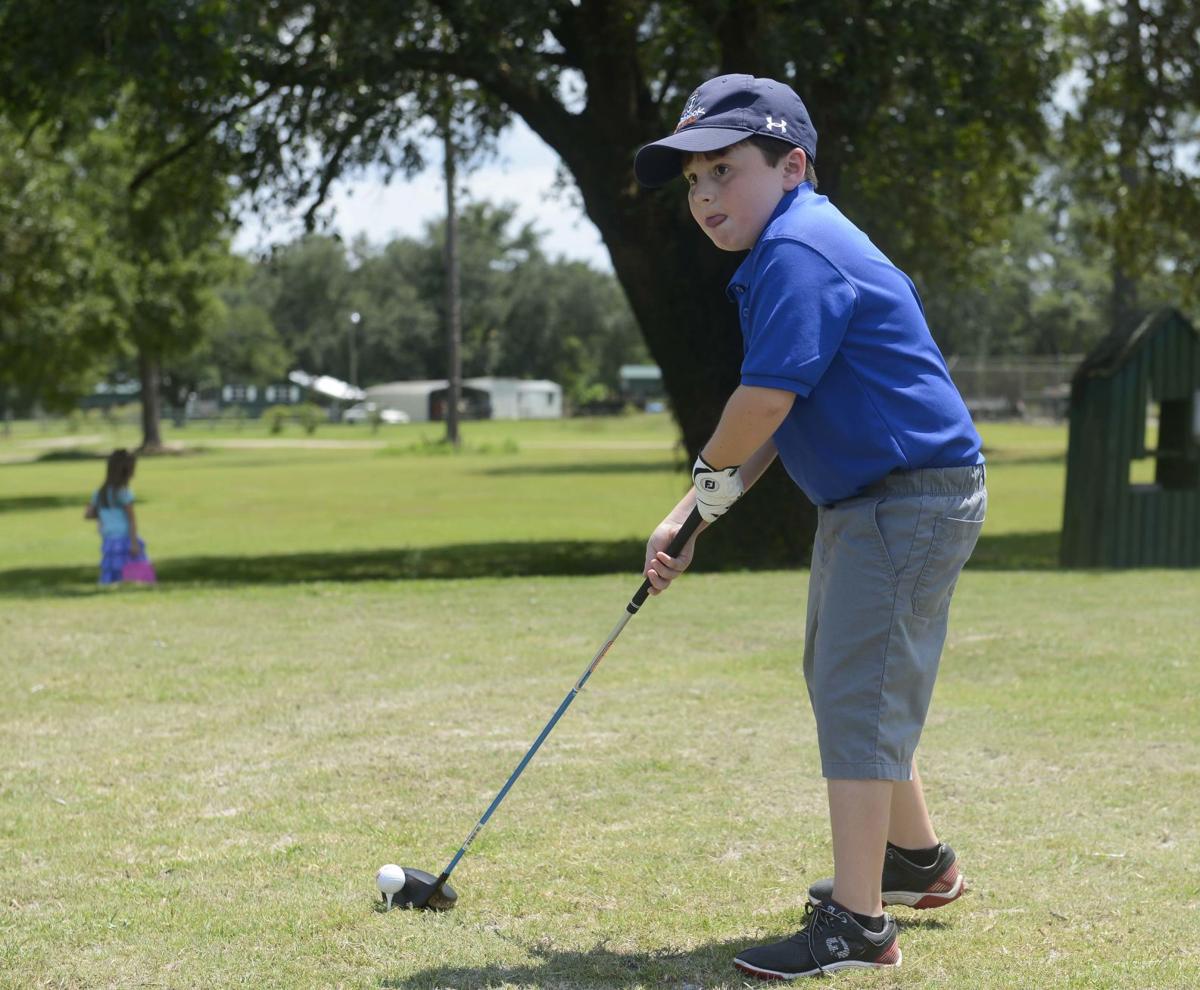 For most of us, when we were still very young, our favorite activities would have included eating, sleeping, playing video games, and maybe, watching cartoons network. But for Baby James, he loves something else entirely for a child of his age.
When he was 3, he started developing interest in golf. He would follow his mom to play golf almost every day. He even played in his first golf tournament at the age of 3.

As time goes on, he honed his golf skills by practicing five days a week, with many of those sessions lasting for two to three hours. He has participated in many tournaments, some of which usually last several days.
Up to the time of this video, he has participated in about 100 youth golf tournaments. He is the Local Tour Champion for the Gulf Coast Region with U.S. Kids golf. He has also won the G.A. State invitational in 2017 at Calloway Gardens and the Gulf Coast State invitational for his age division in 2018. 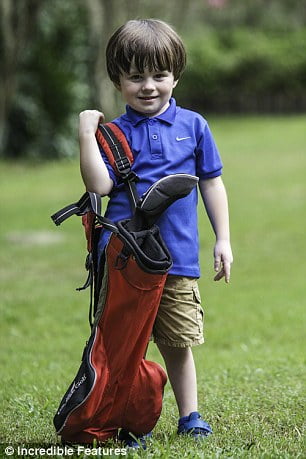 He dreams of playing on the PGA Tour when he grows up. Well, with the rate he’s developing, that dream is sure within his reach.

These are some of the Top 10 Coolest Kids In The World I’ve seen on T.V. or read about. Do you know of any other ones or have any around you? Which of those in this video do you find the most amazing? Let me know in the comment section below.

TOP 8 MOST DANGEROUS BEACHES IN THE WORLD