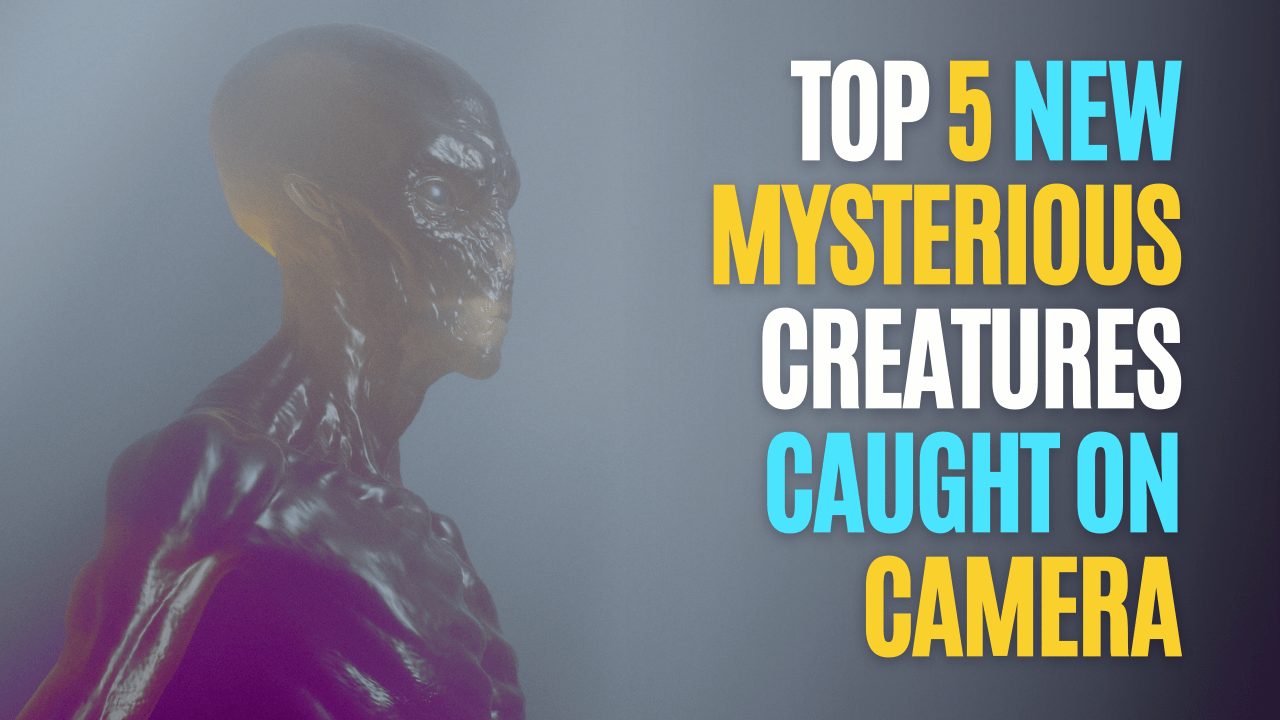 Have you ever watched a video you recorded and found a strange, moving object you could not recognize? You noticed the creature has the characteristics of life, but you just couldn’t figure out what it was. It didn’t look like an animal you know and also didn’t resemble a human being. (5 New Mysterious Creatures Caught On Camera).
Well, if you have ever been in such a situation before, you’re not alone. There have been many such reports of strange and mysterious creatures luckily or unexpectedly caught on camera.
Our world is very diverse, with many creatures that are still not yet known. As we explore more of our planet and its surroundings, we should expect to see more mysterious creatures.
In this video, I’ll show you 5 mysterious creatures that were caught on camera. Sit tight, and don’t freak out! 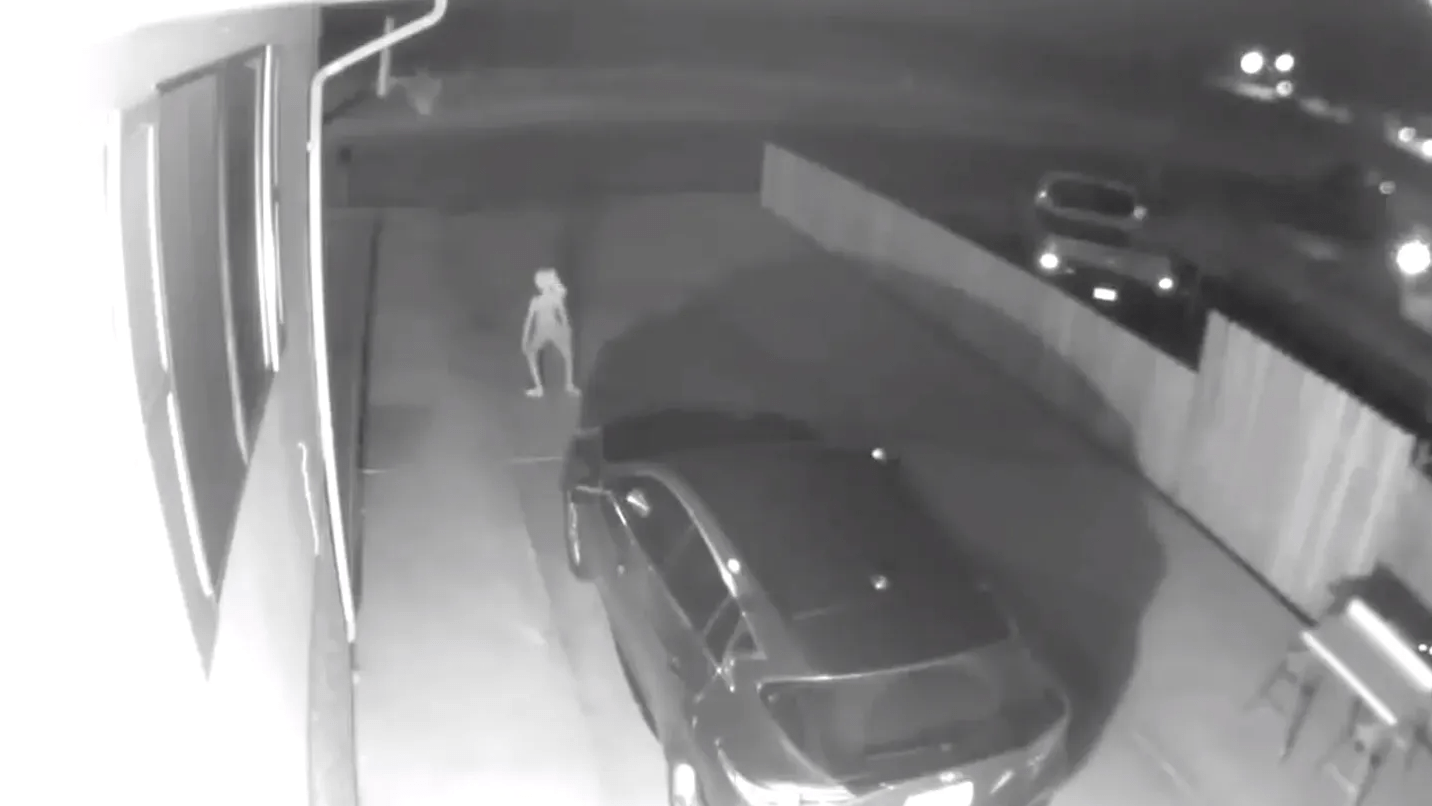 If you have installed a security camera in your house, your aim is usually to protect your home and also help identify culprits and provide material evidence in the case of burglary or other crime in the vicinity of your house. However, what if your camera even captures more than you bargained for! That was the story of Vivian Gomez when she woke up on Sunday, June 2, 2019. She checked the video recorded by her security camera only to find an odd humanoid creature walking awkwardly around her house.
In a short clip Vivian uploaded on her Facebook page, a skinny figure with wobble legs and floppy ears joyously gallivant down her driveway. Strangely, her other two cameras didn’t pick up the creature.
The video got millions of views within a few days, and there were different reactions on social media with many people suggesting what the creature could be. Some thought it is an elf, as shown in the Harry Potter series. Other people suggested it could be a drunk child. Some people even believed that the video might have been doctored, while others said that someone could have created an elf-like puppet. However, Gomez insisted it was real.
Regardless of what it was, many people living around the area the incident occurred freaked out by the prospect of unknown creatures wandering around. 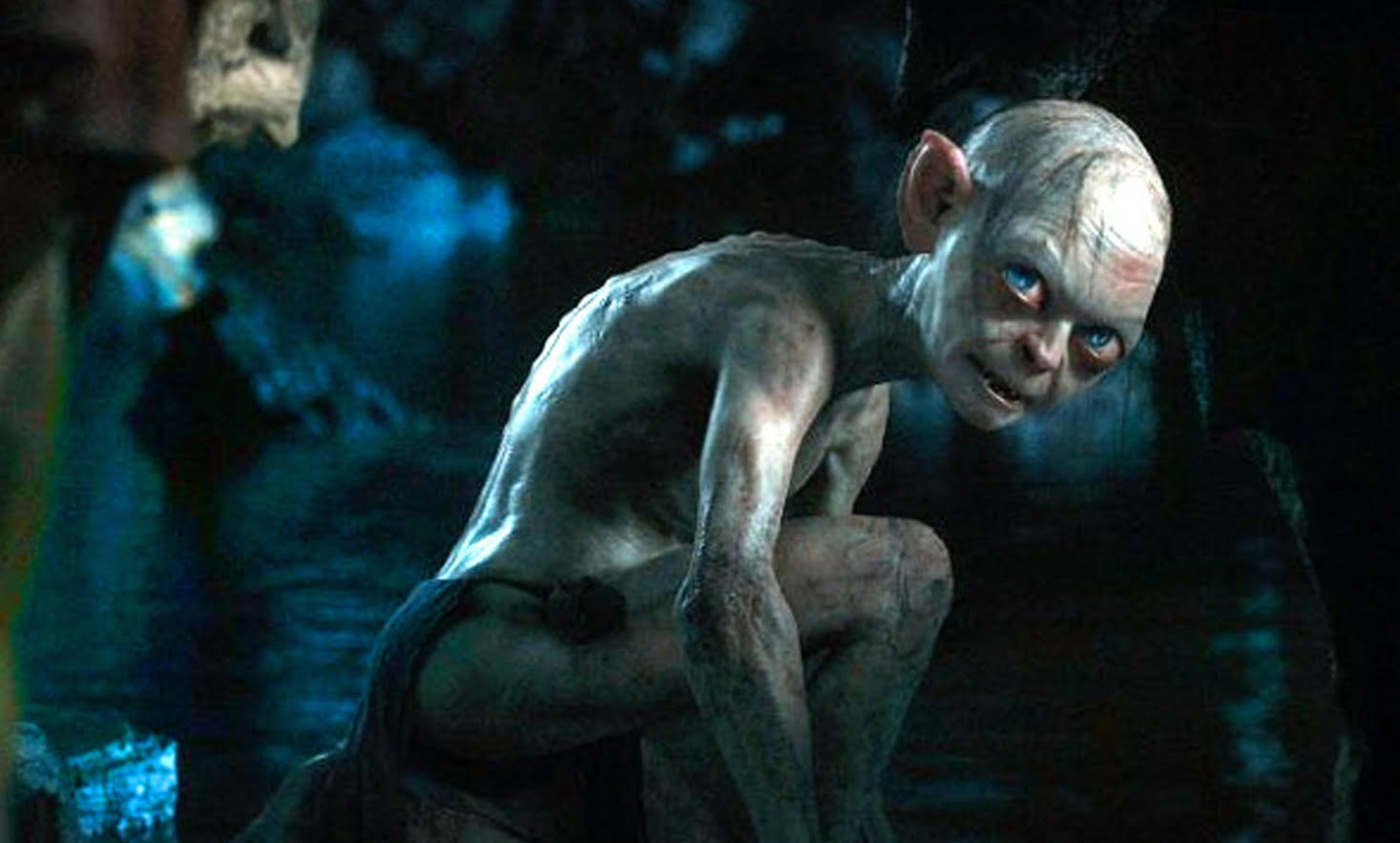 A six-foot mysterious humanoid creature was captured, hunting a moose in Canada’s remote and isolated wilderness. The sighting was made by Audrée Fréchette, who only saw the mysterious creature when she was looking back at her footage.
The pale creature was moving close to a moose that was feeding on a roadside in Gaspésie, Québec. There have been speculations that the creature could be the legendary Rake monster, a mythical beast of the Canadian wilderness.
Legend has it that Rakes are brutal, savage beast and attack without provocation. Some viewers compared the creature to gollum, a character portrayed in “Lord of the Rings” series. A close look at the footage showed that the creature maintained a “hunched” position as it crawled close to the moose. The truth is no one knows what the identity of the creature is. The video had a lot of views after Mrs. Fréchette asked on social media for people to provide possible explanations for the sighting. Skeptics have claimed that it was just a “speck on the car window”. However, this did not seem to be the case with the nature of the creature’s movement. 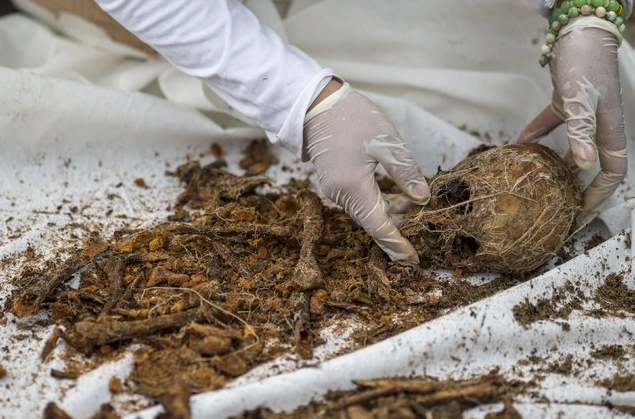 When two ladies decided to pass their time by driving through a graveyard in Akron, Ohio, they saw something usual. They saw a strange, black creature digging up a hole with its bare hand.
In the strange video, a humanoid creature is seen digging a hole in a graveyard. It looks very serious with the digging and not bothered by activities going on in its surroundings. The creature did not seem scary to the ladies as they remain in the area for some time, filming what they saw.
It doesn’t look to be moving normally. It had no coat, no obvious tools, and no graveyard workers around. When it was zoomed on, this creature appeared to have an elongated head. It also looks skinny.
After the footage surfaced online, there were many suggestions by many viewers of what it could have been. Some thought it was a lady on drugs digging. Due to its size, some believe it is a dogman.
When the area was later assessed, a shallow hole was seen with a giant footprint where the creature stood while digging. This suggested the creature may not have been a human. It even looks unhealthy for a human. No sick human being with that structure could have been able to dig the hole that was later found at the site. 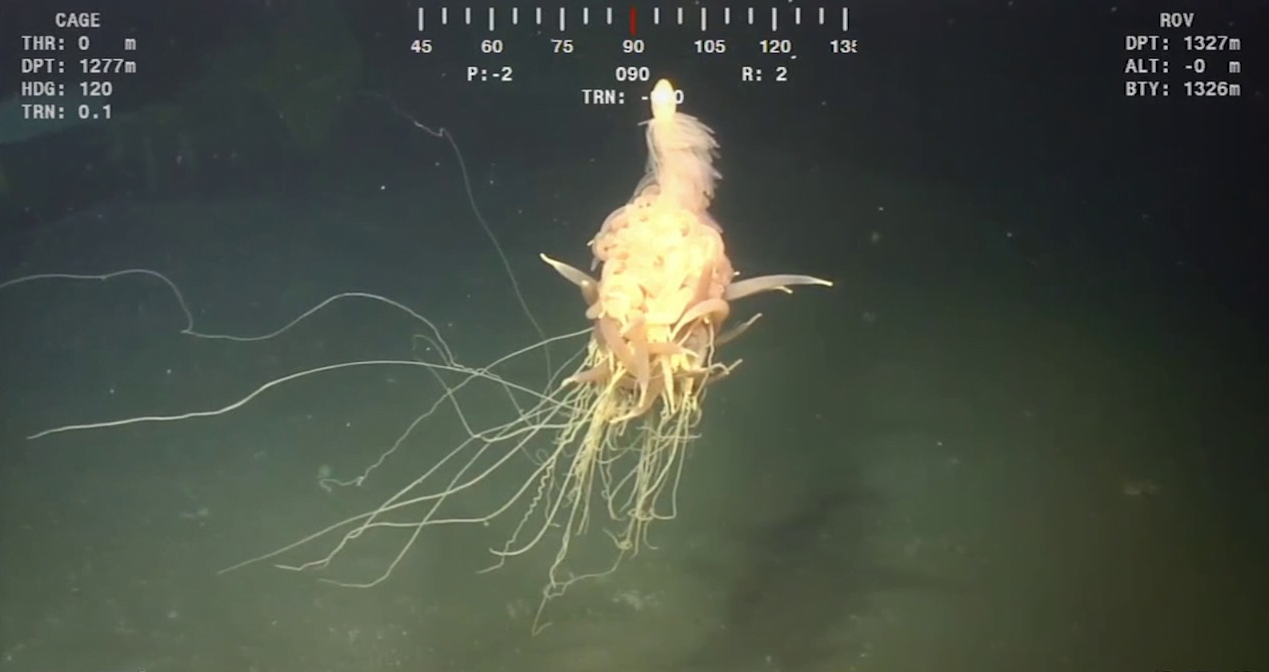 A strange underwater creature was caught on camera off an oil rig in the Gulf of Mexico. The mysterious creature was captured about 5,000 feet below the surface of the Gulf of Mexico near the Antarctic. It first appeared briefly and then reappeared for a more extended period.
When the creature’s footage was first released, there was widespread speculation on the internet as viewers tried to determine what it was. Some scientists believe the jelly-like being is the rarely seen Depstaria reticulum.
Depstaria reticulum is a bizarre jellyfish that can be up to two feet wide and is usually found near the Antarctic, but not in the Gulf of Mexico. That species of Depstaria were seen so rarely alive and intact that scientists had to use old notes from the 1960s and 1980s to help identify the creature. 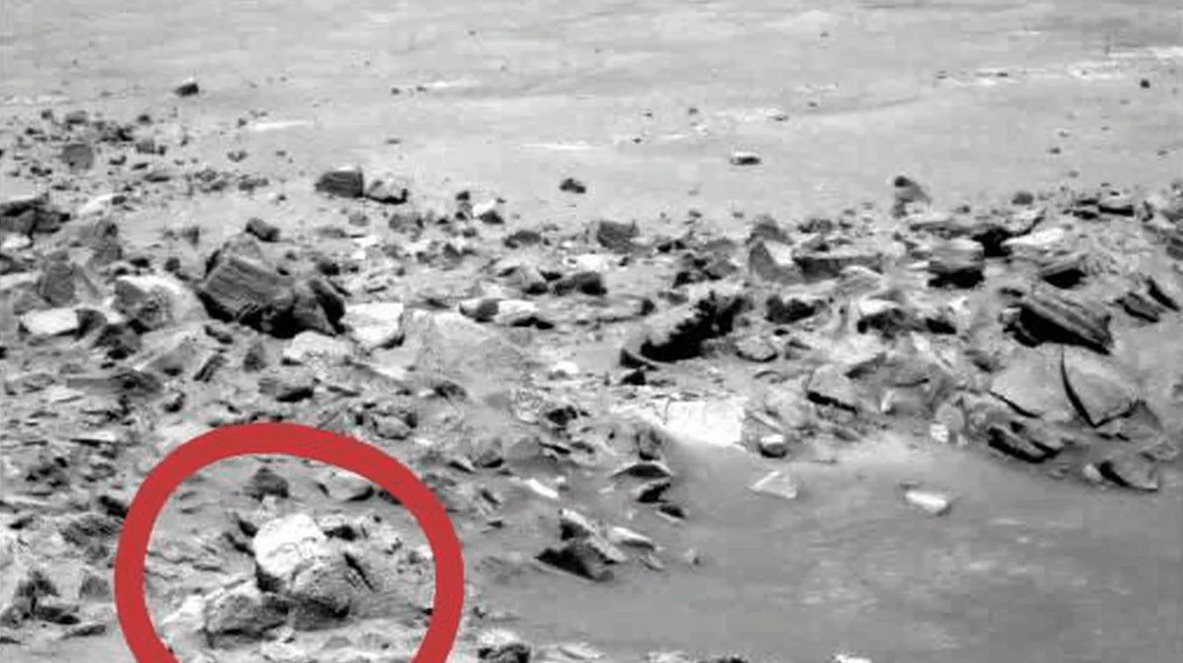 If you are among those that have been hoping for life on our neighboring planet, Mars, your wish may be gradually coming to reality. NASA has captured the image of a black object hovering over Mars in July 2019. The image was captured by NASA’S Curiosity Mars Rover. This incident was an unexpected anomaly amid the Red Planet’s rocky surface.
According to an expert of “Unidentified flying object”, UFO, the image is likely to be that of a terrestrial bird seemingly in flight. This has made some people believe there are living creatures on our neighboring planet. In the captured image, a black object that appeared to have wing is seen hovering in the air over the Martian landscape. Some people believe it is a flying creature. Others claimed NASA was actually faked-landing its rovers on the moon.
With what you already know about Mars, do you believe there could be living organisms on it?

So, have you ever had a similar experience of seeing strange or New Mysterious Creatures Caught On Camera before? What are your thoughts on the ones I mentioned in this video? Let me know your thoughts and experiences in the comment section below.

5 Most Amazing Accidental Discoveries Ever