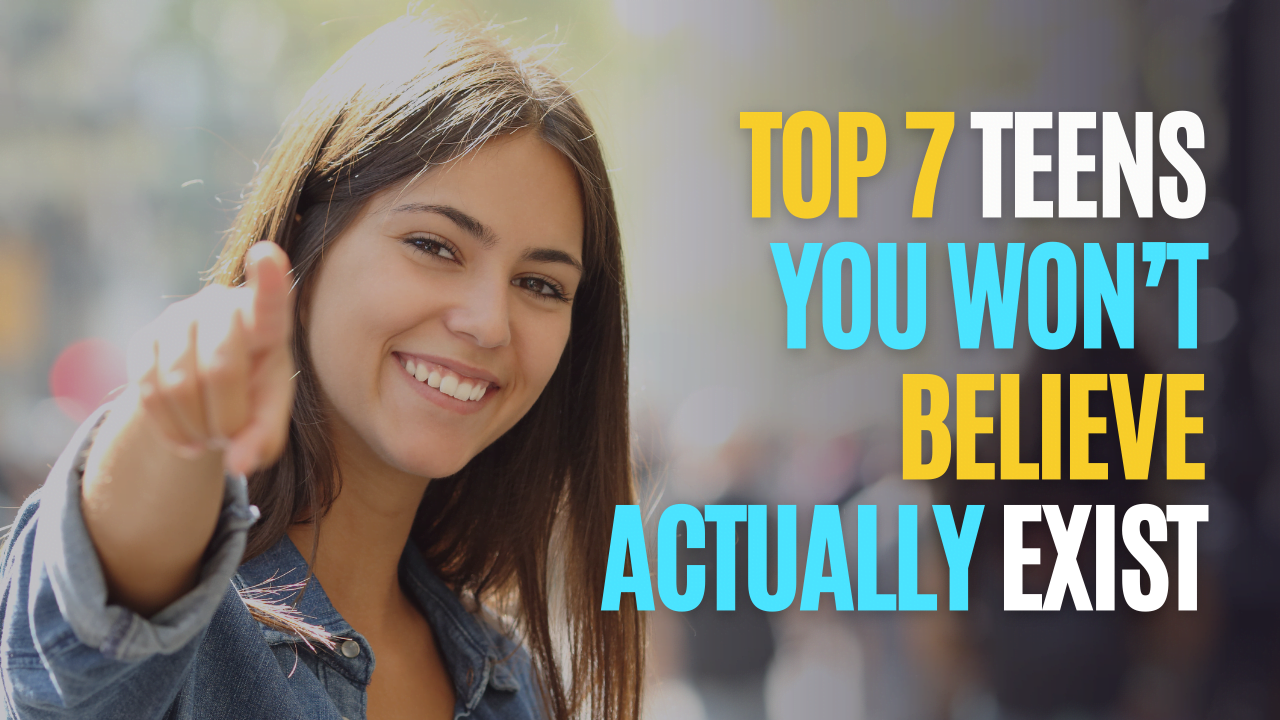 Many of us have the same human features, such as two eyes, two arms and legs, one head, and the likes. However, there are some humans that, even though shared similar features with the rest of us, you would be shocked at the extra features they possess.

Some of these additional features were caused by a disease or genetic disorder or years of a specific lifestyle. (Top 7 Teens You Won’t Believe Actually Exist).

In this article, I’ll show you 7 teens who have stunned or shocked the world since the first time they gained worldwide attention. 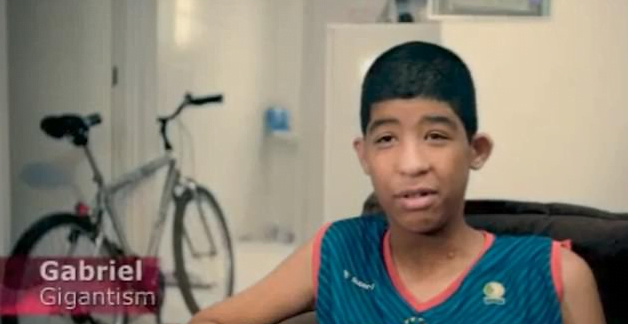 Gabriel Gomes is a 14 years old, Brazilian teen. By the time he was 12, he was already 2.3 meters tall, making him the world’s tallest 12-year-old. This occurred because he suffered from gigantism, a condition caused by a tumor in his brain’s pituitary gland. This resulted in his body producing excessive growth hormones.

At 2.3 meters, he towered over adults around him and was not even comparable to any child of his age. Because of his condition, he was unable to go to school. He said in an interview that he wishes to be a normal person because his height had caused him physical and emotional distress.

He said: “It bothers me that I’m quite tall, I want to be normal. I feel pain; my legs ache a lot. Sometimes I suffer from back pain because I have a hunched back.”
If not treated, people with gigantism will suffer organ failure as they grow and will eventually die. Luckily for Gabriel, doctors have performed two surgeries on him, and they have successfully removed the tumor. 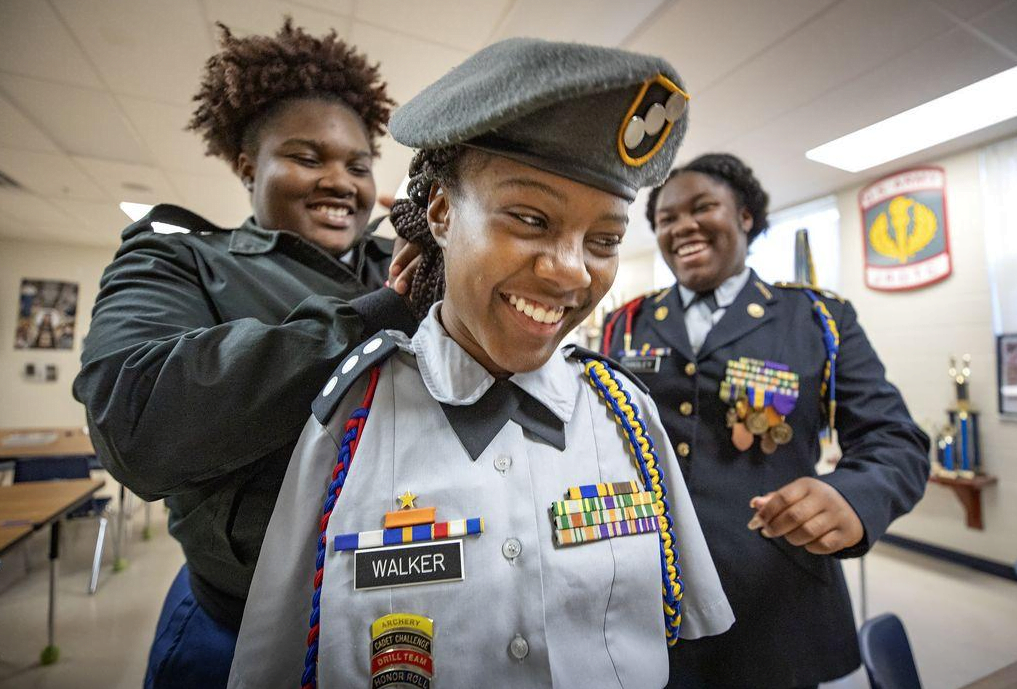 When you think of an army, you will picture someone with two strong arms. Things become dicey when you see an army without any arm! Well, this is the story of Donavia Walker.

Donavia Walker is a 16-year-old Florida native who was born with Bilateral Amelia, an extremely rare congenital disability characterized by the complete absence of one or more limbs. Despite her condition, she quickly embraced her health at a very young age and channelled her creativity to do different tasks with her feet.

She has accomplished Junior Reserve Officer Cadet, a federal program sponsored by the United States Armed Forces. She has learned to use her feet to do her homework, answer her phone, eat, and even drive. She is also now a squad administrator on the Junior Reserve Officers’ Training Corps. 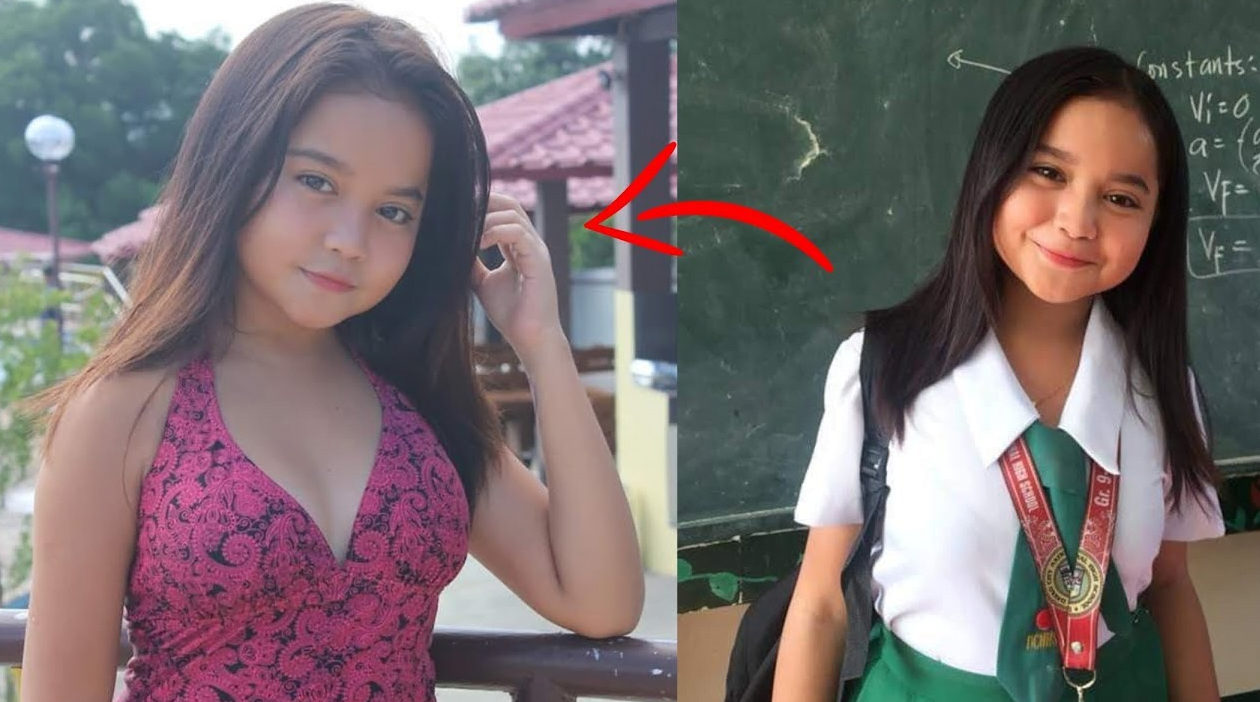 Alexandra Siang is a 15-year old Filipino. She is also known as Happy Lexie. If you have not been close to her or heard about her before, you would probably think she is a young girl that is perhaps less than 10 years. Well, she’s actually a teen!

She had this cancer from the age of 1. This cancer severely affected her pituitary gland and hypothalamus. Her lack of growth is because of the permanent consequences of her disease.
Despite her condition, she has decided to make the best use of it and enjoy her life like a normal person. She currently has thousands of followers on her social media pages. 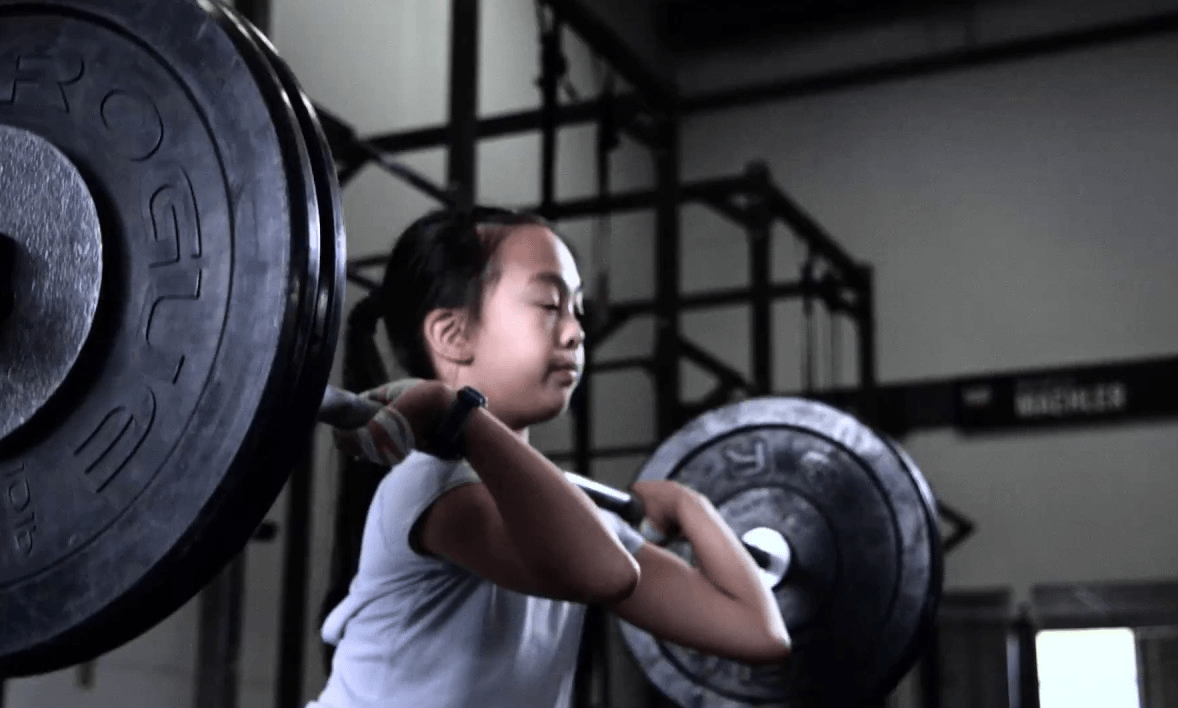 When some of us were 14, how many of us could lift heavy weights or display different gymnastic skills? Definitely not many of us! Well, Elle Hatamiya is a different breed of teenagers entirely!

Elle is a 14-year-old girl who resides in the San Francisco Bay Area. She is a multisport athlete training all year-round in Olympic weightlifting and gymnastics. She started practising Cuong Nhu martial arts at the age of 7 and currently has the green belt rank. She began training and competing in CrossFit in 2014, and switched to Olympic weightlifting in August 2015.

In June 2016, she became the USA Weightlifting National Youth Champion in both the 11U and 13U age brackets of the 31kg weight class. She has earned the State Championships for Level 3 Floor, Level 4 Beam, and Floor, and is currently training Level 9.

Elle trains 26 to 29 hours every week with her team and 2 hours per week of Olympic Weightlifting in private sessions with her coach.
Do you want even to be a fraction of Elle? Then, now may be the time to hit the gym! 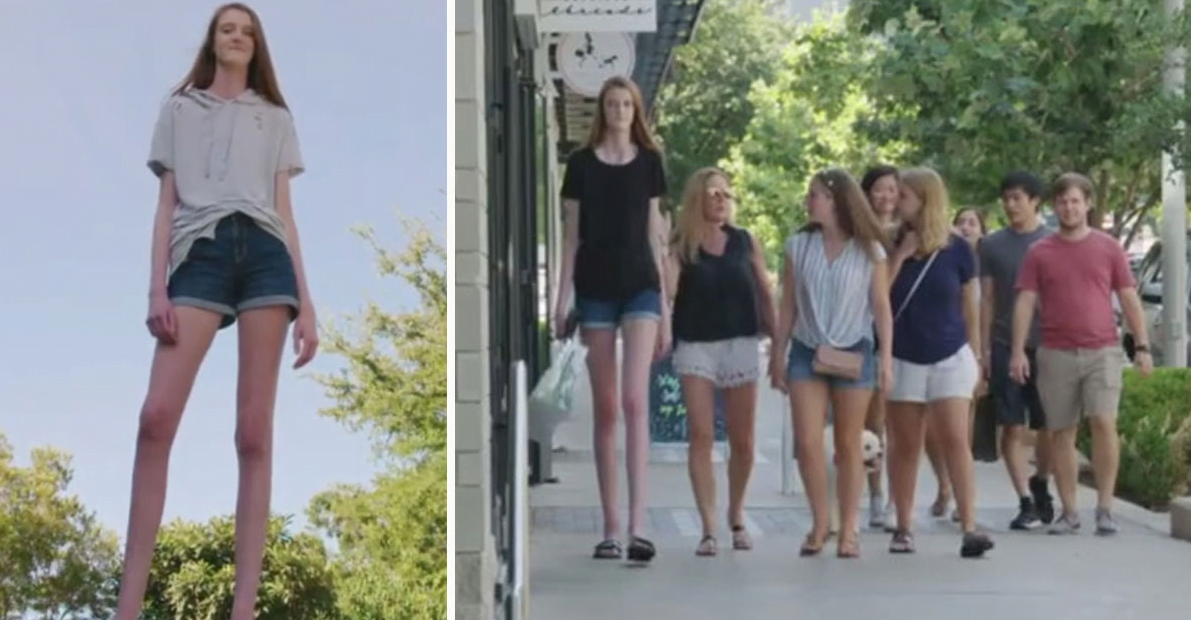 Maci is a 16-year old teenager that lives in Austin, Texas. When Maci was born, she was only 19 inches. However, she underwent a series of growth spurts which made her be 2 feet 11 inches by the time she was 18 months old. That was more than any children her age at the time.

Maci’s mom, Trish, once told Barcroft TV: “There were four or five years that she grew like five inches in a year, which is a lot.”
By the time she was 9, she had stood at 5 feet 7 inches. Her height made her suffer some downsides. It is problematic for her to travel in planes and cars. In fact, she hardly finds clothes that fit her whenever she goes shopping.

She stopped growing in ninth grade, giving her a short break from this condition, which had been causing her discomfort. However, by the time she marked her 16th birthday, she has grown further to 6 feet 9 inches with her leg being 53 inches.
This has made her the person with the longest legs in the world, smashing the previous record of 52.2 inches held by Ekaterina Lisina, of Russia. 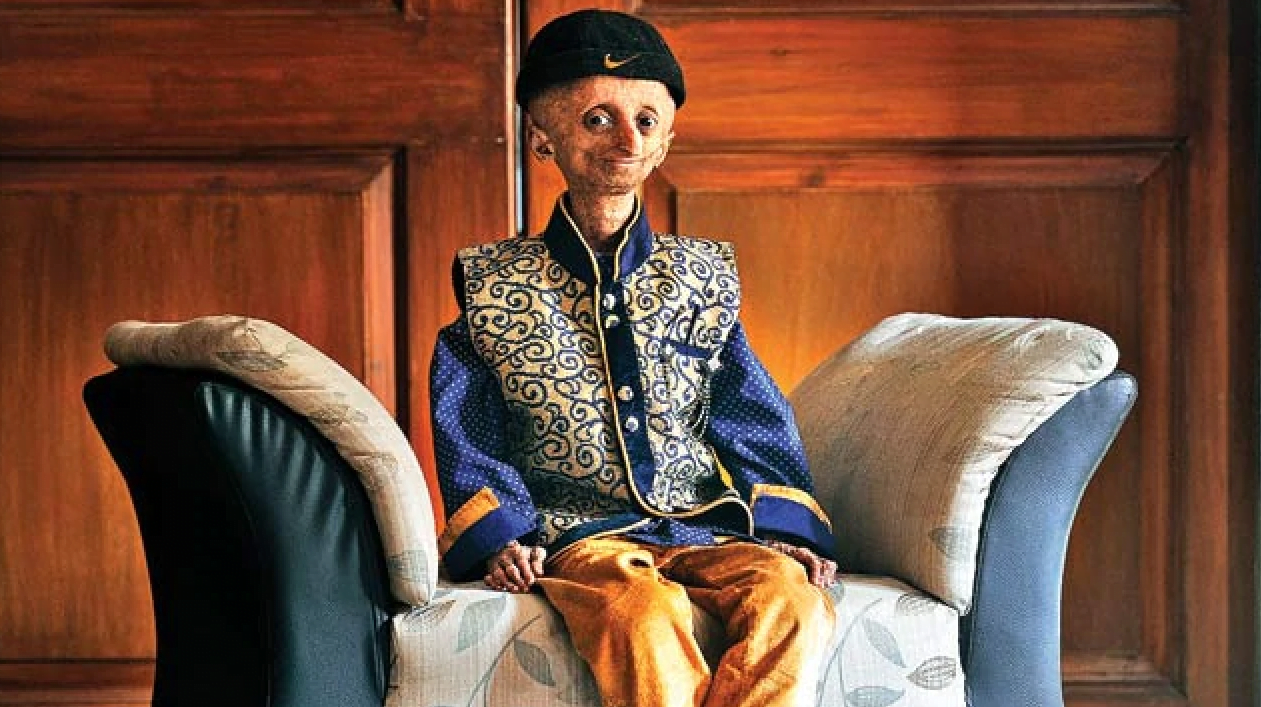 Many of us grow like every other human. We looked young before 10, as an adult by age 20 and then, old by the age of 70. But do you know some people suffered from conditions that made them grow at least 8 times faster than their age? Well, that was the condition Nihal Bitla found himself.

Nihla Bitlas was a 15-year old Indian who suffered from a rare genetic disease called progeria that caused his body to age eight times faster than normal. Most kids with progeria do not live past age 13. The disease affects about 1 in every 4 million births worldwide.
Unfortunately, there is currently no cure for progeria, though there are medications that may alleviate symptoms or delay progression.

Bitla ran an active social media campaign to raise awareness about the rare disease. Sadly, he died on Tuesday, May 3, 2016, after attending a wedding in Telangana’s southern state. He is the oldest person to have lived with the condition.
Indian social media is full of tributes to him, with many calling him a “fighter” and an “inspiration”. 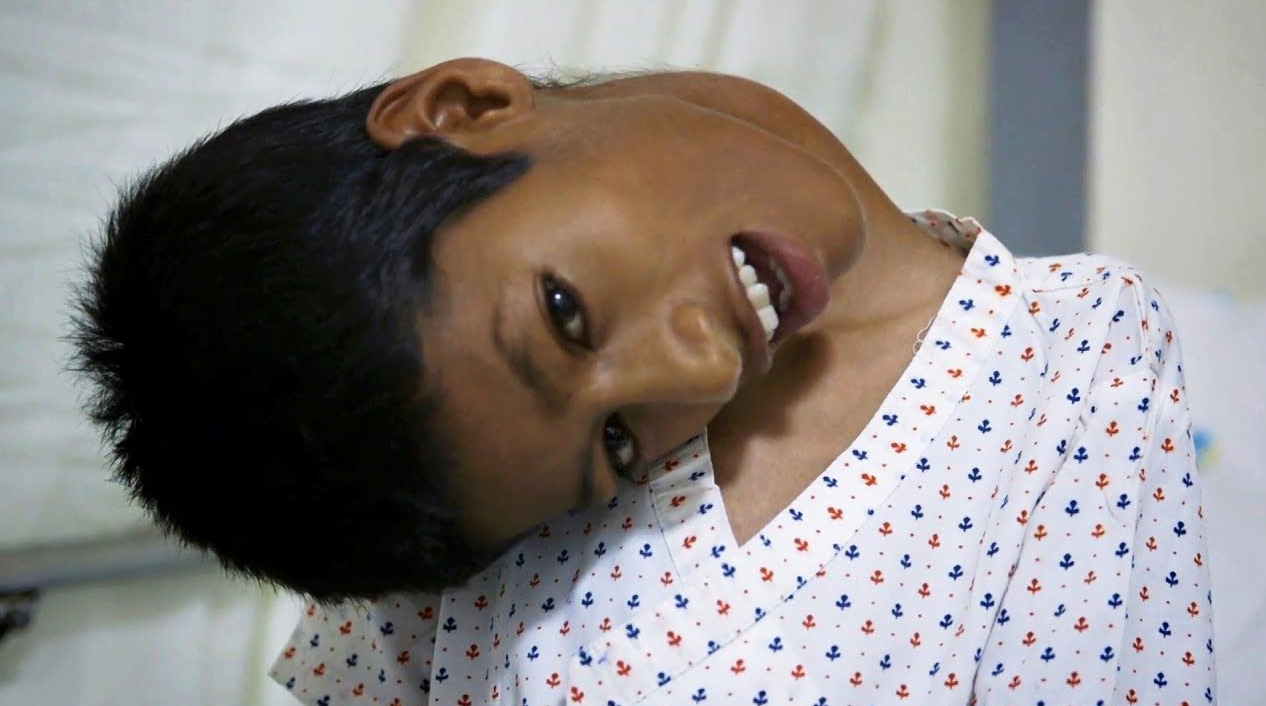 Mahendra Ahirwar was a 13-year-old teenager from India who suffered from a rare condition called congenital myopathy. This condition made the muscles in his neck so weak that his head hanged at 180-degree. There are so many types and subtypes of congenital myopathy. It was difficult to identify which one Mahendra had and the prognosis in terms of life expectancy.

When Mahendra’s story hit the headlines in 2015, it touched the heart of Julie Jones, a mother of two from Liverpool. Julie went on to raise £12,000 on GoFundMe for Mahendra to have life-changing surgery.
The boy went on to endure a ten-hour operation to remove disks from his neck and got them replaced with a bone graft from his pelvis before a metal plate was fitted in his neck to make it straight. After the surgery, Mahendra had a speedy recovery, and his neck looks straight and healed.

Unfortunately, he died suddenly at the age of 13, about 8 months after his life-changing surgery. The cause of his death was unknown, though the most common cause of death in congenital myopathy is cardiopulmonary complications.
He was cremated in a traditional Hindu ceremony.

These are the 7 Teens You Won’t Believe Actually Exist. This is the end of my list. Which of these teens did you find surprising or shocking the most? Do you have any teen in your neighbourhood, with astonishing features, that has baffled your community? Let me know all these in the comment section below.