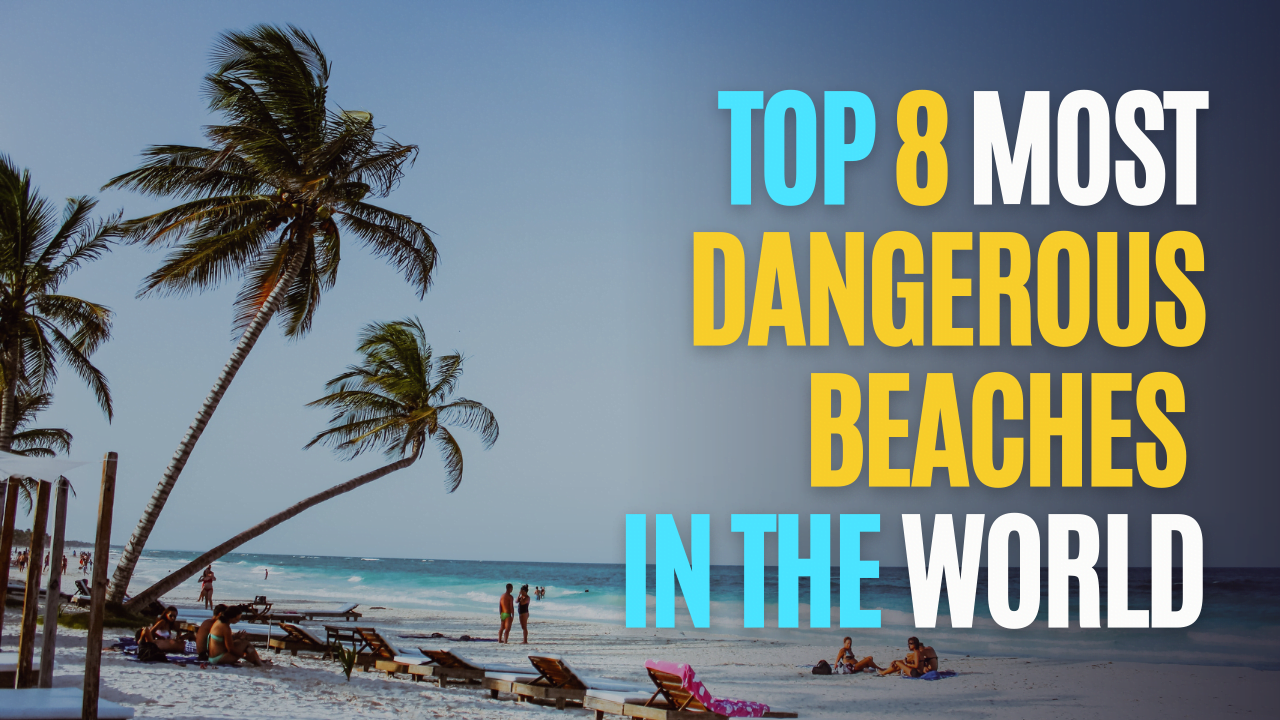 Top 8 Most Dangerous Beaches In The World

Nature has blessed us with many natural and beautiful sites to enjoy our leisure. No matter where you live in the world, there is usually at least one incredible place close to you, which you can visit.

“Top 8 Most Dangerous Beaches In The World”

One of the natural sites you can enjoy is the beach. They can help to get rid of stress and let you enjoy the cool breeze of the ocean water.
However, not all beaches are worthy of our visit. In fact, there are some you should never get close to. It would be best if you only read about them in books or watch them on TV.
So, what are some of the known beaches that have been proven to be dangerous? Let’s list Top 8 Most Dangerous Beaches In The World! 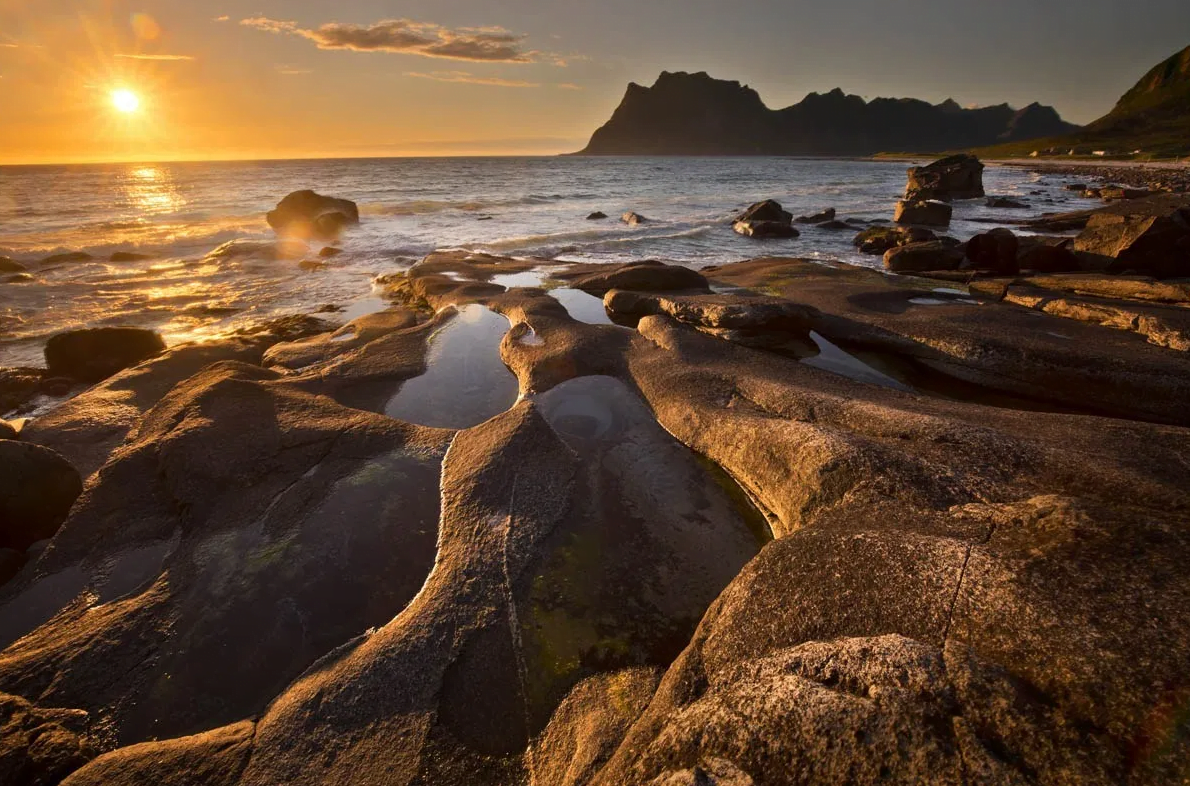 This beach is charming under the summer’s sun, and even more beautiful to behold in winter with its snow. However, Utakleiv Beach is one you definitely want to consider staying away from.
Just like the saying that “all that glitters is not gold,” getting too close can be life-threatening. In fact, it is best to remain on the dry, chilly land. This because the waters here can get between 46 and 57 degrees Fahrenheit even in the summer.
To appreciate what these mean, for a healthy adult, body temperature ranges from 97 F to 99 F. while those of babies and children vary from 97.9 F to 100.4 F.
Unless you want to freeze yourself to death, avoid swimming or getting too close to this beach. 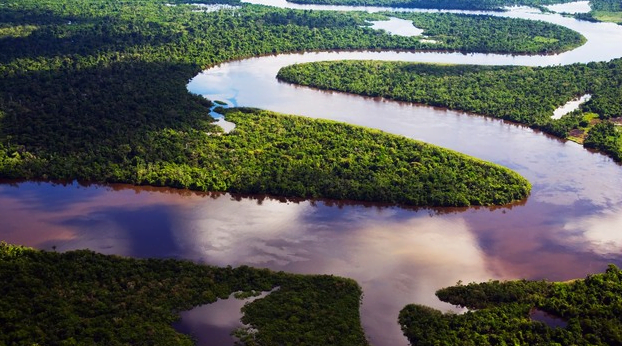 Amazon Basin is not a place you would want to consider on your list of top places to visit. This is because when you get into its water, you can be welcomed by dangerous water creatures, including piranhas, electric eels, and anaconda snakes.
The problem with these creatures is that they have little interest in human contact and can attack.
This water also has candiru, a parasitic catfish that is known to invade the human body through any available opening. Remember that we have different openings on our bodies!
However, most snakes and spiders in the Amazon are not venomous. They are afraid of humans and tend to go in the opposite direction when they sight humans.
Even with this, you would still want to consider your safety over a dangerous adventure. 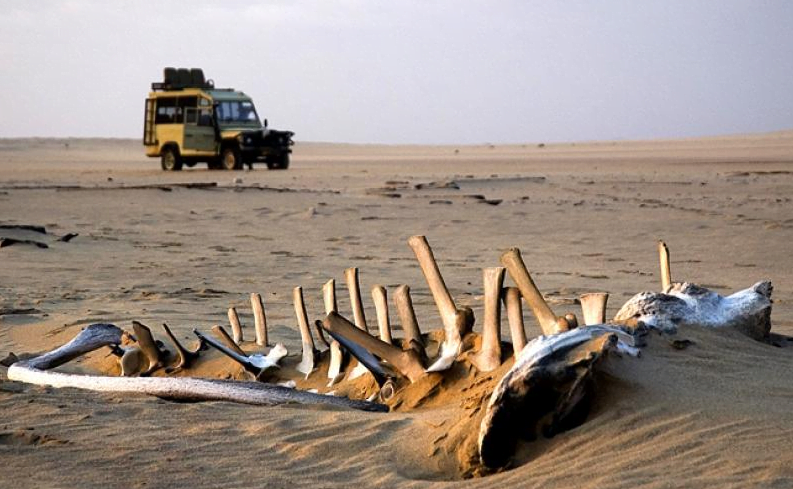 You guessed it! Even the name is scary! But why is this so? Is it actually filled with the skeleton of humans or other animals? Well, it seems to have a reputation for its name.
The lethal Benguela Current of this water has wrecked many ships. So, imagine what it will do to humans! In addition to the dangerous current, the surrounding waters are home to 11 species of shark. Also, lions and hyenas are usually seen patrolling the beach.
It is no surprise that Portuguese navigators used to call this coast “The Gates of Hell.” You definitely don’t want to spend your free time around this beach. 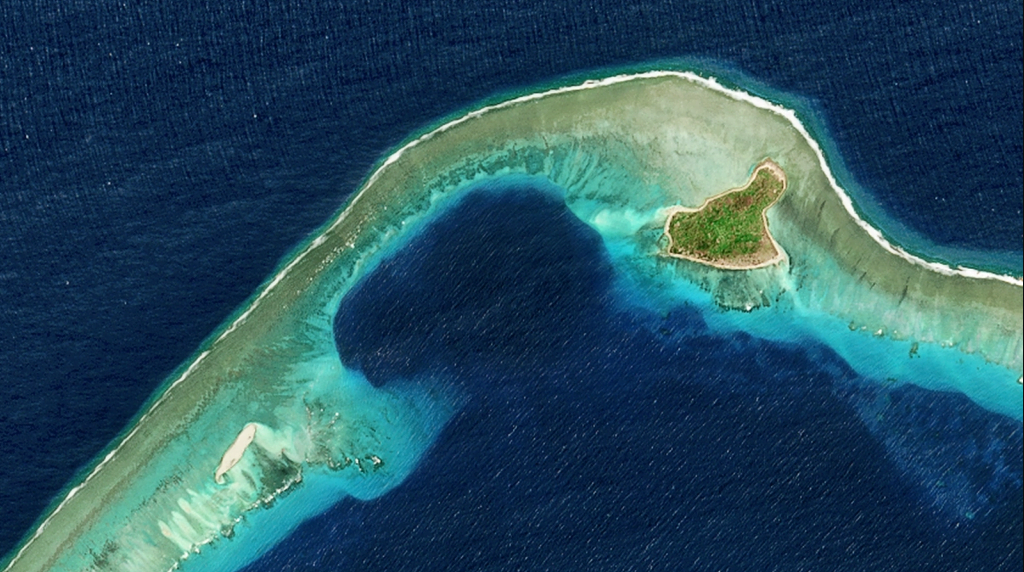 If you know anything about radiation, you will know that some radiation is dangerous to human health. The most common is ionizing gamma radiation.
Bikini Atoll may be free from sharks and other creatures that are consider a threat to humans. However, it had a history of nuclear testing from 1946 to 1958 by the U.S. army.
This beach is technically open to tourists, but due to its radiation contamination, locally grown coconuts and other fruits are considered unsafe for consumption.
A 2016 investigation of this site found radiation levels to be as high as 639 mrem yr−1, a value that is well above the established safety standard for habitation. However, in 2017, Stanford University scientists reported “an abundance of marine life apparently thriving in the crater of Bikini Atoll.”
Despite this, you don’t want to expose yourself to dangerous radiations.

There is a reason this beach is often regarded as “the haunted beach.” Some paranormal activities have been reported in the area after the moon shows up. There were reports that several tourists and locals have gone missing at the site. The area is also home to a group of deadly king cobras.
A man was once found dead on the beach with his tongue popping out. People also claim that they have heard weird sounds coming from the beach like people laughing and crying, even when there is no person in sight. Locals have also reported other mysterious activities that can’t be explained.
The reason for all these has been suggested to be because the site was once a cremation ground. So, are the spirits roaming the shores? I’ll leave you to answer that! 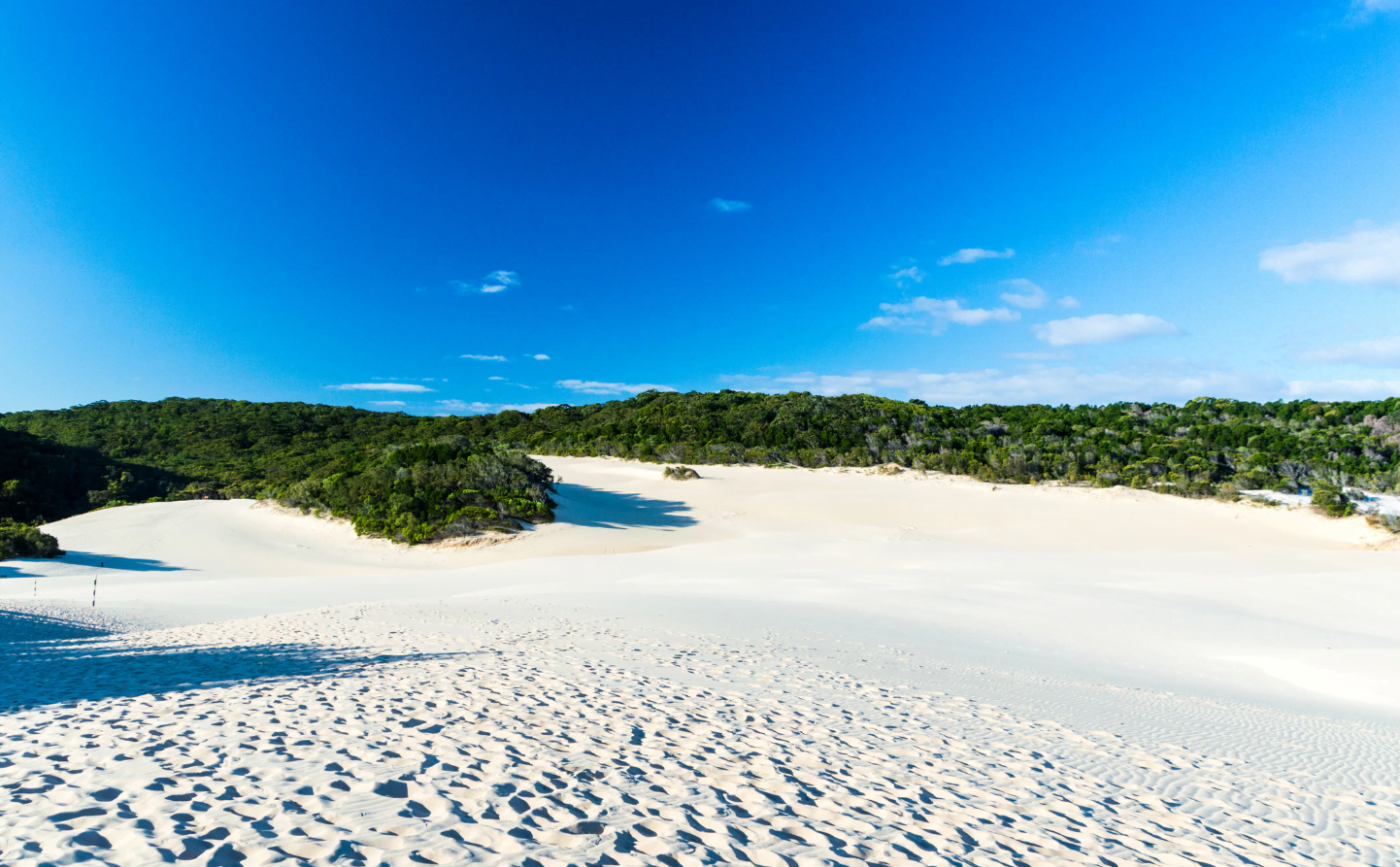 Fraser Island presents danger both in the water and on dry land. It has rough waves and currents along with many sharks, including the Great White Sharks. It also has venomous creatures, including Irukandji Jellyfish and Blue Bottles.
On land, danger comes from dingoes, a type of wild dog that has been reported several times to attack humans unprovoked.
This is the home to things to avoid if you want to stay alive. Rescue choppers are frequently flown into the area to save visitors who find themselves caught in one this beach danger. 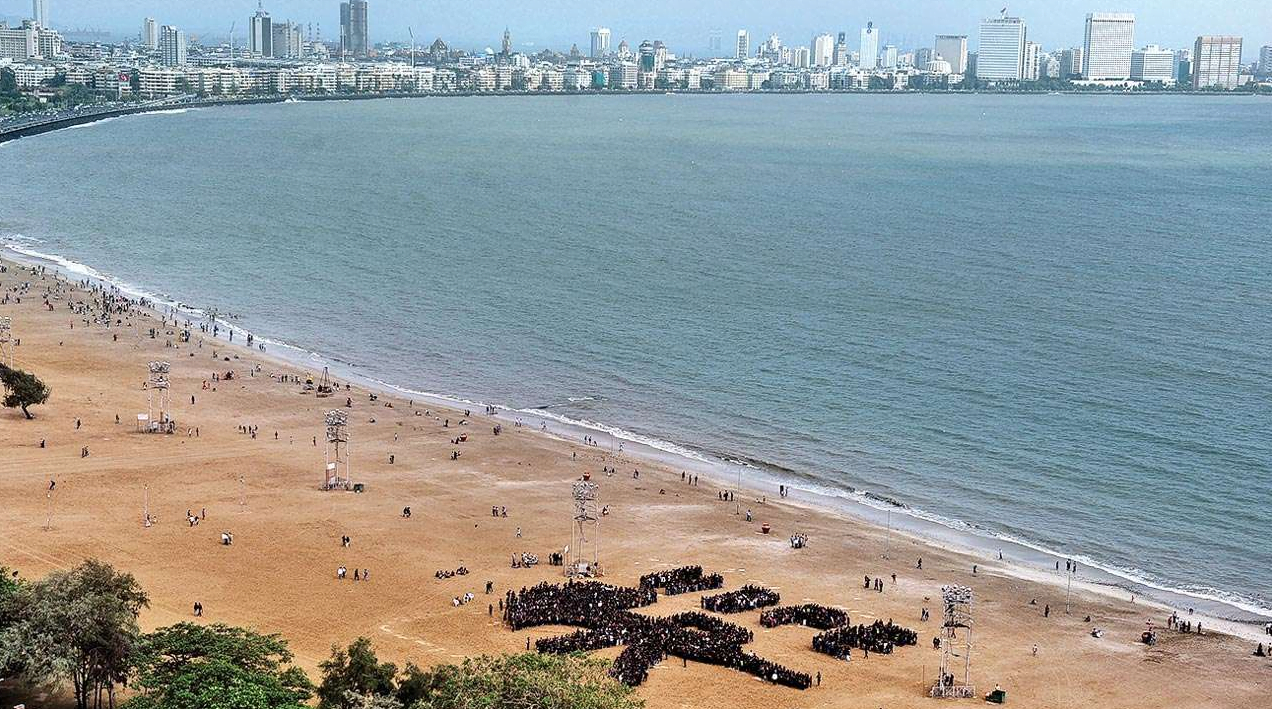 Have you ever passed by an open septic tank? How did you feel? Well, I’ll guess it was an unpleasant experience you don’t want to have again.
Now, imagine you found yourself swimming in that septic tank. Well, swimming in the Girgaum Chowpatty Beach is the closest you can be to having that experience.
The coastal waters of Mumbai are extremely polluted due to untreated sewage being discharged into its ocean. This beach is among the most polluted beaches in the world.
It has high concentrations of fecal coliform bacteria in the water and sand. The problem also appears to be worsening as there has been no improvement. 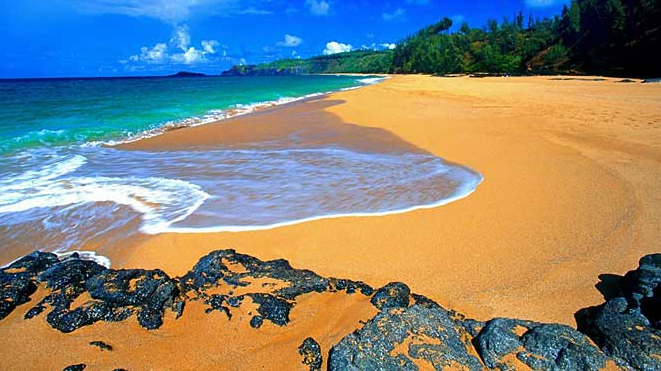 The black sand beach at Kilauea sits next to one of the world’s most active volcanoes. These volcanoes have been continuously erupting since 1983, spewing lava into the ocean.
The spewed lava can raise the water temperature past 100 degrees. That’s a dangerous temperature for any living creature to dip themselves.
In May 2018, the volcanic eruption was so dangerous it destroyed homes and prompted the closure of part of Hawaii Volcanoes National Park.
As if the hot lava is not enough, there have been more than 100 reported unprovoked shark attacks in the area, with eight being fatal.

That’s the end of my list! Have you been to one of these beaches before? Do you live close to any of them? Let me know in the comment section as well as other dangerous beaches you have heard of or been to before.